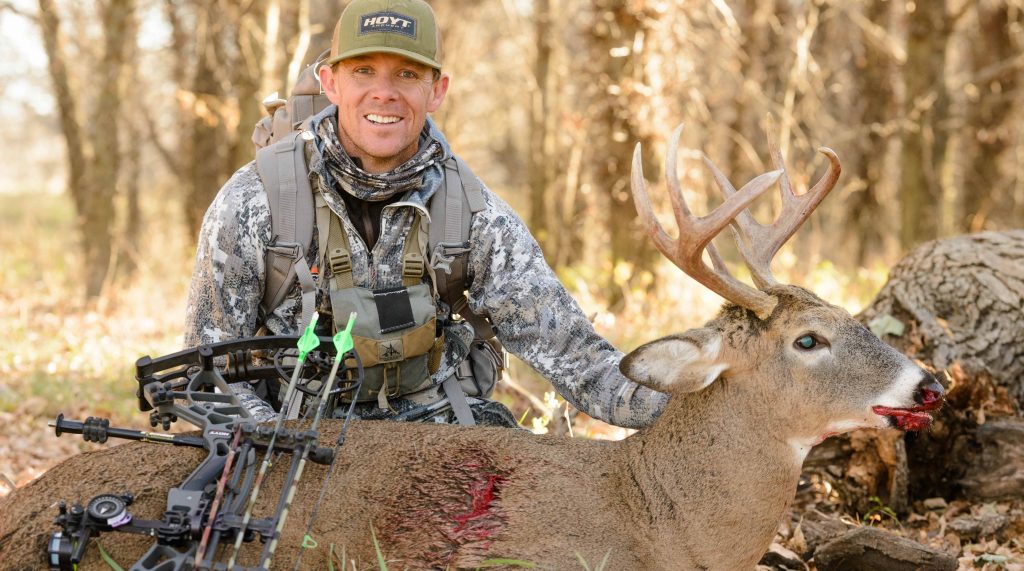 Wildlife Research Center’s attention to detail and ability to provide hunters with success-boosting products has earned the manufacturer legions of followers. If you’re not one of them, you should be. Here’s why.

When it comes to using scents and lures to dupe a whitetail buck, I feel like there are three camps in which hunters live. Those camps are the unbelievers, tweeners, and all-in. Right now, it doesn’t matter which one you belong to. I’m asking you to open your mind, don’t be jaded, and read what’s to come.

I was an unbeliever. To me, deer scents were messy, stinky, and had zero effect on my ability to kill a buck. That all changed one July. Yes, July. Not during September, October, or November. I’d buried a cedar post three feet deep in the ground in one of my favorite whitetail spots. Next, I drilled a few holes and attached a licking branch. Under the licking branch, I made a mock scrape. While fumbling through my pack, hunting for a few additional zip ties to better anchor the branch, I found a bottle of Wildlife Research Center’s Trails End #307. 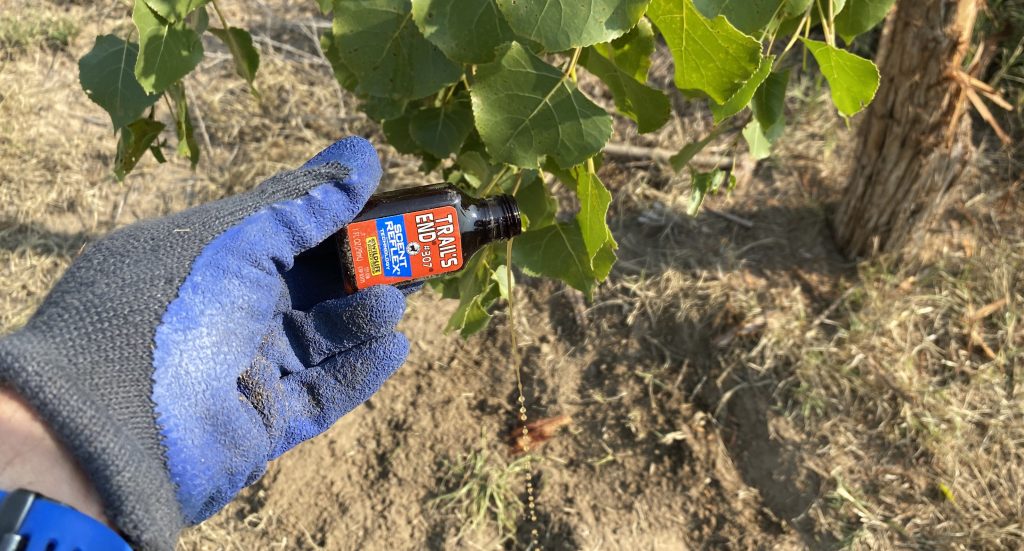 My first thought was about how the scent came to be in my pack. I had no idea at first. Then, a memory from the previous January jumped to the forefront of my brain. I’d worn the pack around the ATA Show, and while covering a media event at WRC’s booth, someone tossed me a bottle and said, “Try using this in your mock scrapes in July and August.” I thanked the gentleman for his advice and went on my way. I hadn’t thought about that bottle of lure or the man’s advice since.

After reading the ink branded on the lure’s bottle, I decided to give this all-season buck lure a go.  A week later, filled with little optimism, I went to pull the camera card I’d set over the mock scrape. The scrape wasn’t demolished by any means, but it was full of tracks, and it was apparent my licking branch had received some attention. After pulling my laptop from my pack and reviewing the pictures, I was surprised to see the scrape was being visited regularly by several bucks and does. I checked three other mock scrapes that morning. None of this trio of scrapes had been doctored with #307 lure, and not one had been tinkered with. Maybe there was something to this scent game. 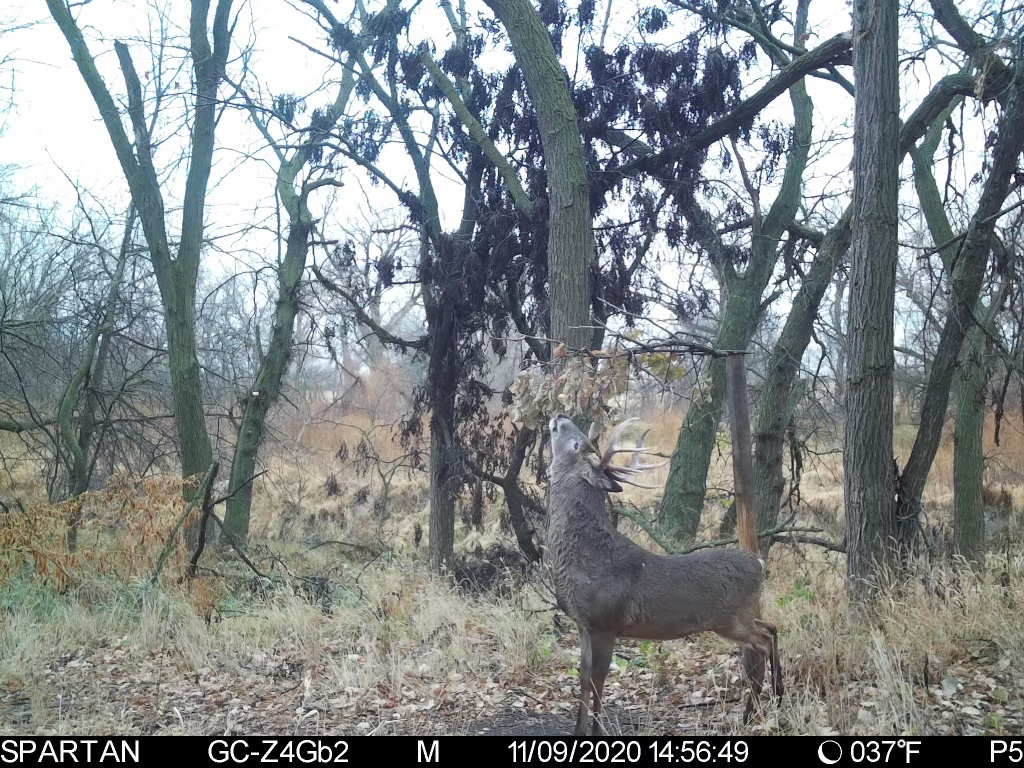 That bow season, I moved from the unbeliever’s camp to the tweener’s camp. I wasn’t sold on scents but no longer thought they were mere snake oil. As a tweener, I admit, I got lazy. I quit doctoring my early season scrapes with #307. However, during mid-October, I decided to hang a WRC Magnum Scrape Dripper filled with Active Scrape on two of my four mock scrapes. Those pair of scrapes, overnight, got thrashed. Not only did I get a bunch of new trail camera pictures, which provided new intel, but it seemed Active Scrape started putting a crave in the bucks. The dripper worked as advertised — dripping scent during daylight hours for precisely 15 days before needing a refill. Over those two weeks, I started to get more daytime pictures. I killed a buck overlooking a scape manicured with Active Scrape and Special Golden Estrus during late October. Two weeks later, while hunting a rut hot-zone in Nebraska, I hung multiple Key-Wicks dowsed in Golden Estrus in a little creek bottom pinch. I’d gone “scentless” the day before, and two mature bucks came blazing through the area hot on the heels of ready-to-breed does. I couldn’t stop them. The following day, a different buck came through. He was doing the same thing as the other two — chasing a sweet-smelling doe — but the saturated wicks overpowered his olfactory system, and he paused long enough to get a shot. 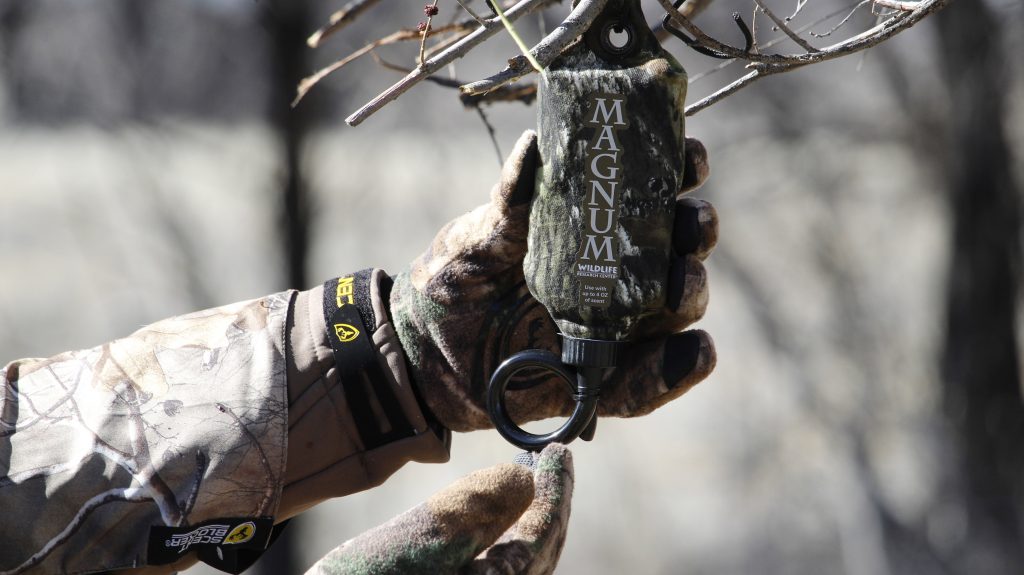 The following bow season, I picked up stakes once again and moved to the all-in camp. Scents had lures had proven themselves many times for me. I often wonder how much more I could have learned about whitetail behavior and how many more bucks I’d have on the wall if I’d been more open-minded from the get-go.

Last season, I was excited to try some of WRC’s latest and greatest scent incarnations. Dubbed the Micro Brew Craft line, my first experience with the new scents came during a Nebraska rut hunt. I decided to lay down a scent drag midway through an open pasture to my treestand. My scent of choice was Trapper John’s Ultimate Buck Lure. After drowning a scent drag wick in the lure’s combination of attractive oils and Super-Premium Doe Urine with Estrus Secretions, I started walking to my stand — a rope and wick tumbling through the grass behind me. 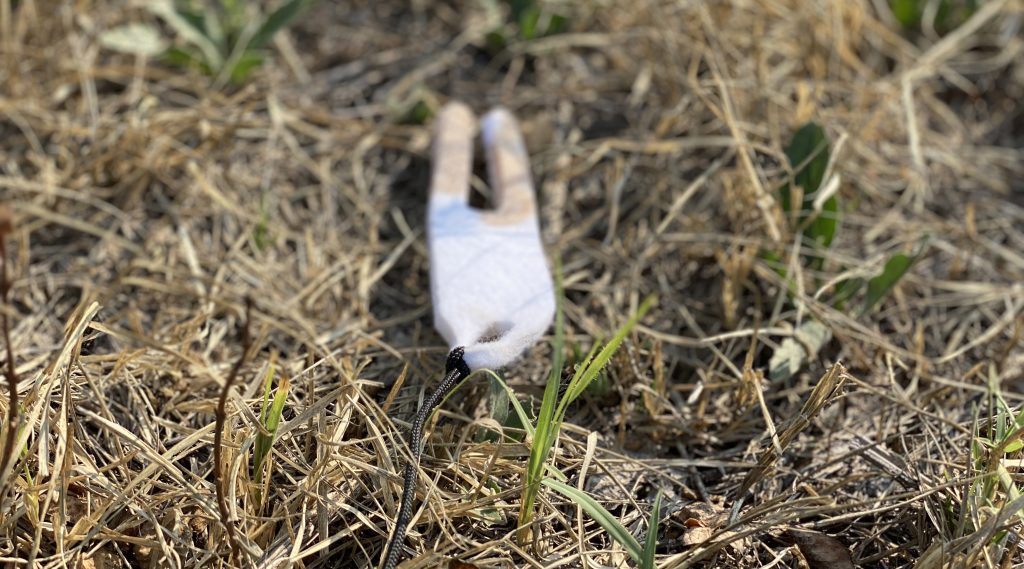 Upon arriving at my stand, I gave the drag another soak in the same lure and hung it upwind of my position in the tree. I like using deer lures and scents to help mask human odor. Four hours into the hunt, a buck crossed my scent trail. He stopped for a few seconds, smelled the ground, and moved on. Why? Scent starts dissipating the second you expose it to air, and because you’re walking when laying a dragline of scent, you’re not putting a ton of fragrance onto the ground. By the time the buck smelled it, I’m sure he thought the estrous doe was long gone and had a better chance of holding his current route. However, if that same buck had crossed the dragline 40 minutes after first light and not four hours, he would likely have come.

It didn’t matter. Two hours later, I shot a great 8-point that came directly downwind. Yes, I’d bathed in WRC’s odor-destroying line of products, and I had treated my clothes in them as well, but I’m confident the soaked Trapper John’s Ultimate Buck Lure had something to do with my success. 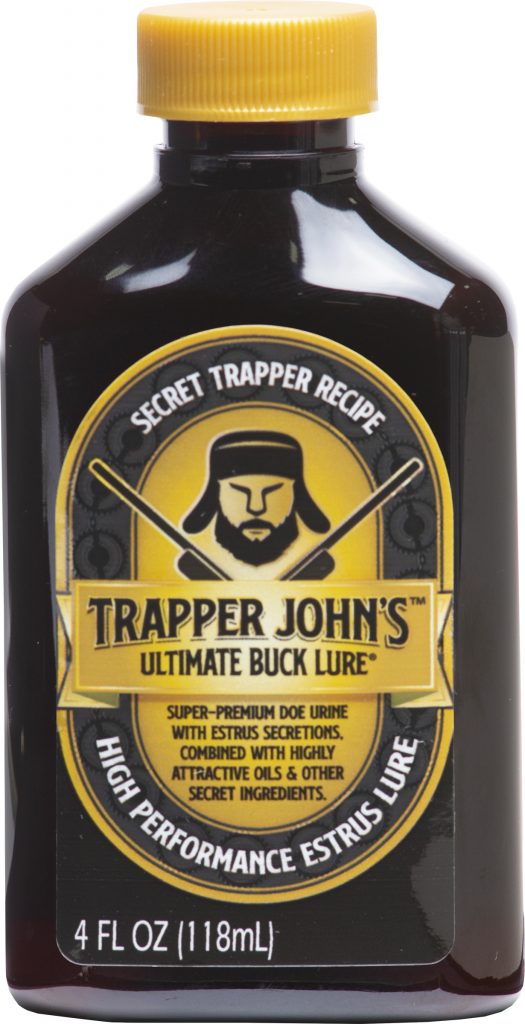 I tell you this story to remind you that scents aren’t Harry Potter’s magic wand. They are tools. They don’t guarantee success and often don’t bring bucks on a string seconds after you settle into your stand. If you go into the scent game knowing they are tools with many uses, you’ll become a believer pretty darn quick.

This coming season, I’m excited to be adding Chainsaw Brian’s Premium Doe Estrus and Buck-Fire Raging Estrus to my starting scent lineup. Both are part of WRC’s Micro Brew line, and I have no doubt they will prove themselves as top-end products. Chainsaw Brian’s Premium Doe Estrus contains WRC’s most potent doe estrus scent, and has been enhanced with Territorial Musk to make the scent even more irresistible. Buck-Fire Raging Estrus includes a pair of top-secret rut-inspiring ingredients along with just a touch of the tarsal gland to help give the scent some range.