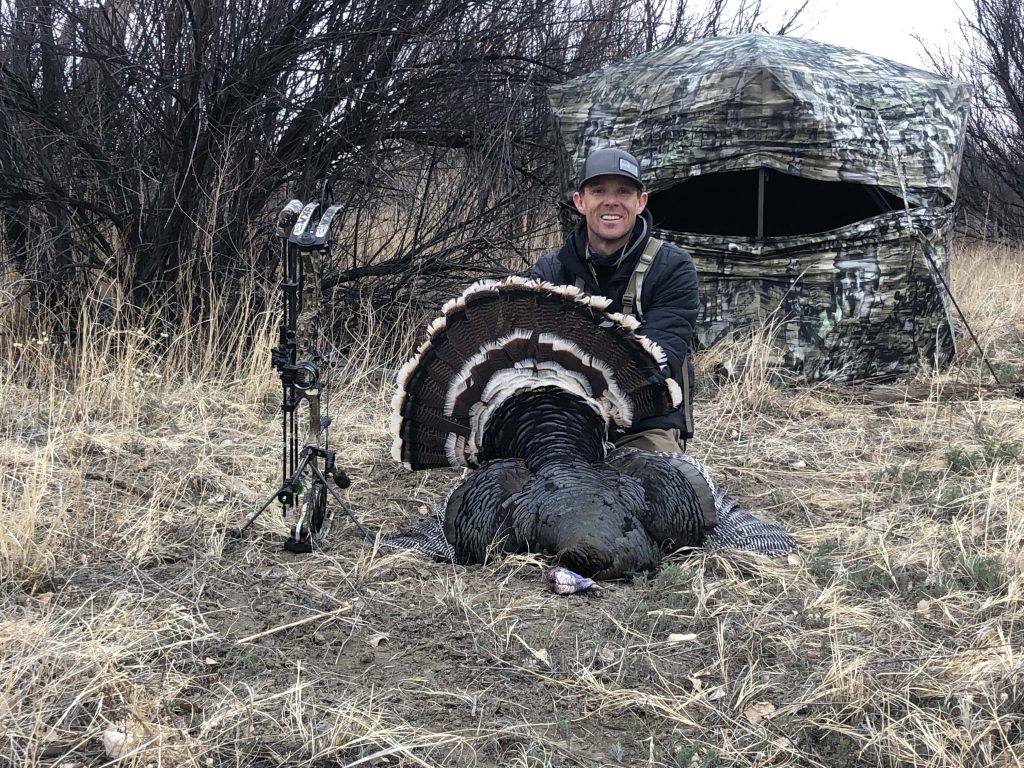 Warm spring days and gobbling toms aren’t always the springtime norm. Here’s how to run carbon through a boy bird when Mother Nature gets nasty.

Turkey hunters fantasize about sun-soaked days when the woods are alive with gobbles. Times when boy birds blow up into strut and walk the woods searching for love. Sure, we get a few of these days, but often, it’s quite the opposite.

Here’s what I mean.

Mother Nature gets irritated. She blows a frigid north wind, and the sky will drop a mixture of ice and rain. It’s the early season, and cold weather has kept birds in their winter flocks. A few toms boomed on the roost, but now boy birds are tailing a large flock of hens to a nearby food source. They aren’t strutting. They aren’t gobbling. The hens aren’t talking. Sound familiar?

Of course, mid-to-late-season weather improves, but do we hit those two- and three-day stretches where thunderstorms plague our turkey grounds. The lightning and pounding rain never let up. Remember, not every day in the turkey woods is a dream weather day, but turkeys will still be in the woods, which means you should be as well. Turkeys can’t go inside and kick back in the recliner. Nope, they will be out in the elements, and though they may not be highly vocal, and the weather may dampen the turkey rut for a bit, birds will still walk, feed, and try to breed. Here’s how to put a sharp stick through a springtime butterball when Mother Nature isn’t cooperating.

In many turkey-rich locales, archery seasons kick off in late March and early April — times when spring can still feel like winter. Plan for bad weather days. Spend time scouting and unraveling the birds’ daily routine.

Scouting cameras are money. If your state allows, I highly recommend the use of cellular trail cameras during the season. If not, standard digital cameras are fine. Trail cameras are your eyes in the field when you can’t be there. 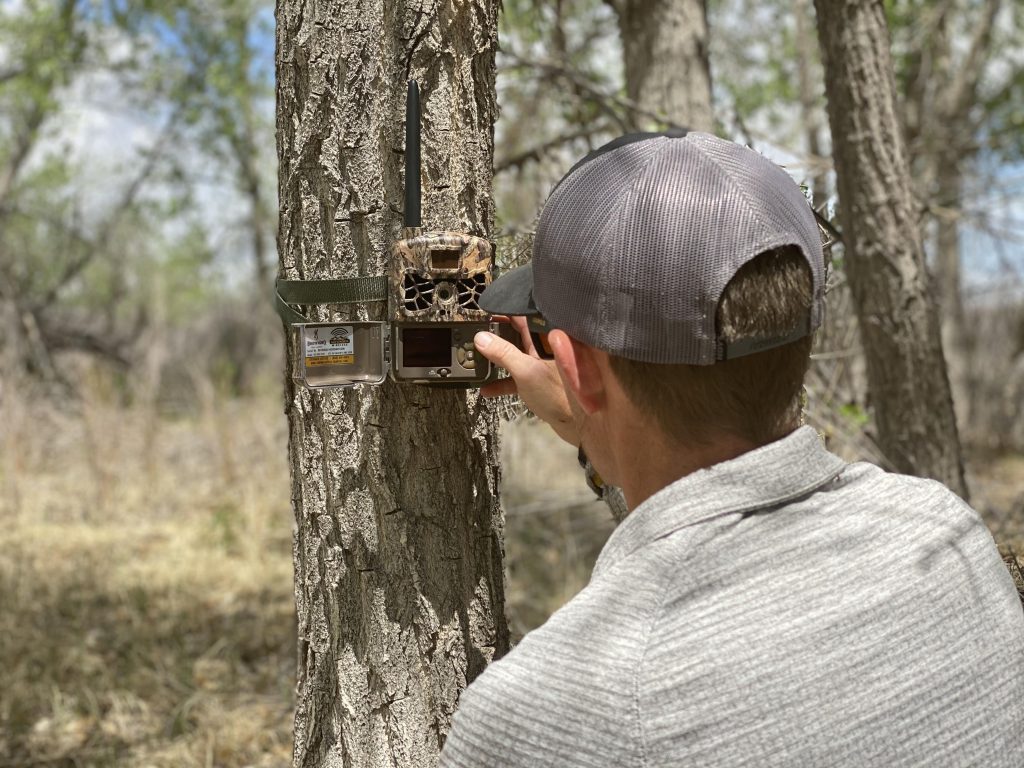 I hunt Nebraska every year during late March with my good Cornhusker buddy. I live six hours from our hunting grounds, and he lives 40 minutes from them. We rely on trail cameras to tell us what the birds are doing each day. Turkeys, especially early-season turkeys, can be highly predictable. Take a walk through your turkey woods and find areas where birds like to concentrate: field edges, timbered scratching zones, and strut zones on semi-open ridges, to name a few. Put out a few cameras in these areas and let the data roll in. Knowing where birds want to be and when they’re going to be there is a massive piece of the bad weather puzzle. 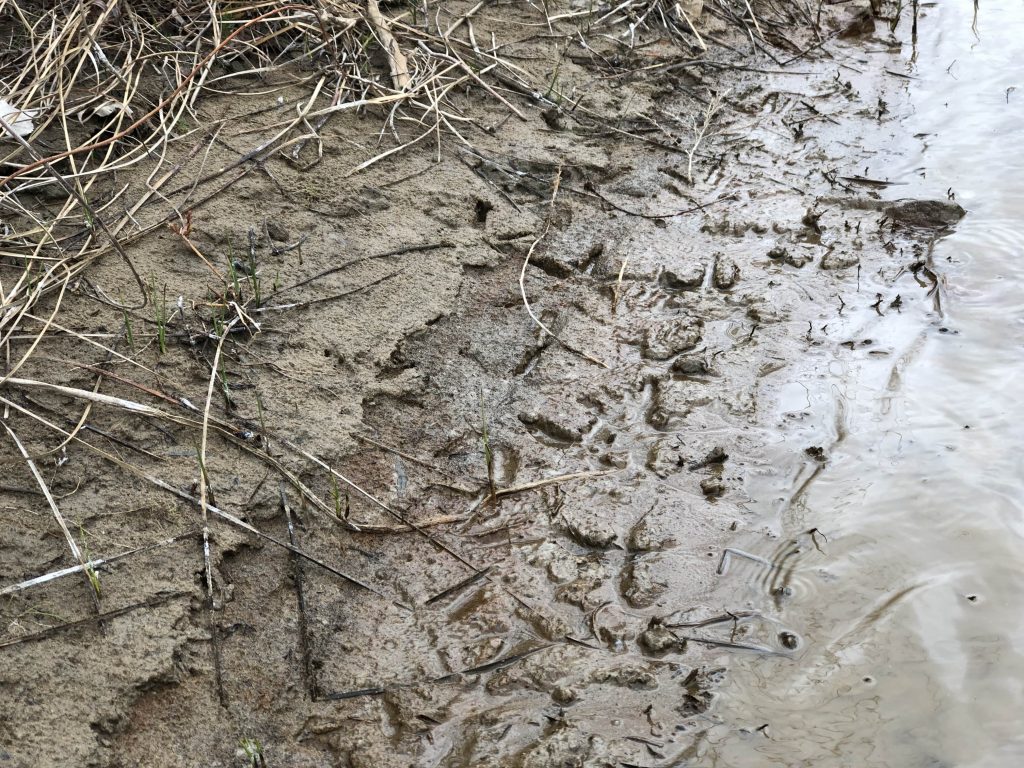 Another great tip — one of my favorites — is to arrive a day early and scout. The goal is to pinpoint where birds are roosting and mark those roost sites on a sound digital mapping system. After the birds fly down, use access roads or burn boot leather to keep tabs on them. A good pair of optics is essential. Take notes about how turkeys go from the roost to a food source — what part of that food source they concentrate in — and how they exit the food source and move back into the timber. Next, gain some elevation, if possible, and note where the birds proceed after their morning breakfast. There will be transition zones that jump out — areas the birds regularly use during their daily travels. These may be scratching sites, strut zones, or dusting areas. After the birds move out of one of these areas, and you’re sure they won’t see you, investigate. If the sign says the birds have been doing what you just watched them do for a grip of time, you’re really in the chips.

Be Where They Want To Be

You know the behavior and patterns of the birds in your area, and all you need to do now is pack in a hub-style blind,  a comfy chair, a few decoys, and some snacks. Leave nothing to chance. If you’re setting up on a field edge, you must know where the birds are roosting to avoid blowing the morning hunt. Use the terrain and darkness to get set up well before the first rays of light break. If birds see you setting up, the game will be over before it begins. If you’re off a field edge in a transition-type area, which is my favorite, you don’t have to be quite as early, but don’t press the situation either. The early bird gets the turkey. 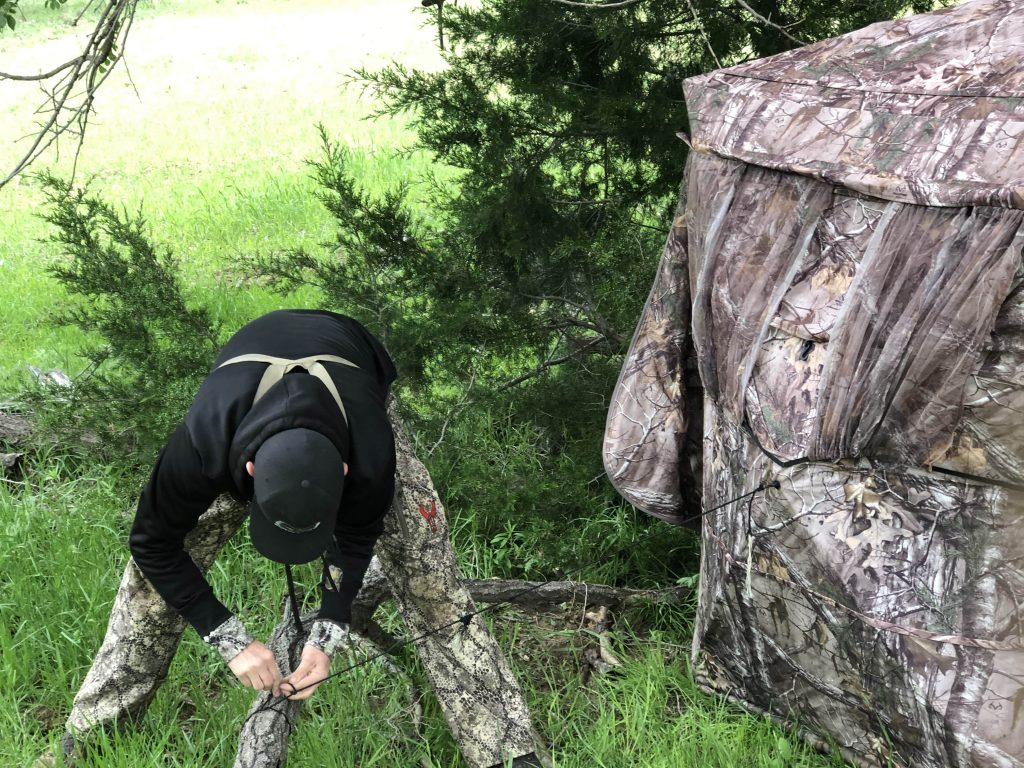 Regardless of where you deploy your blind, patience is critical. Remember, you’ve done your homework and know where the birds want to be. You don’t have to get in your blind and start yelping and cutting and yelping and cutting. Often, I don’t call at all in these situations. I set a 3/4-strut jake decoy over a ready-to-be-bred laydown hen  12 yards from my blind, tuck into the back corner of that blind, and wait. I’m out of the wind, rain, snow, whatever, and am in a solid turkey location. Stay in the blind and be patient. Let the turkey homework you’ve done work for you.

During the mid-to-late season, birds will break up. It’s not uncommon to find a couple of beaten-up two-year-olds running together. Dominant male birds will have picked the girls apart by this time. One tom will have five hens at one end of the property, while another will have six at the other end. Again, scouting is critical. You want to know where the hens with toms go after fly-down, how long they tolerate the toms before they sit on nests, and where those toms start wandering after the girls leave them. You also want to pay attention to those two-year-old birds. What do they do during the day?

Much like the early season, strike on a pattern when the weather goes to crap. Put yourself in known turkey haunts and let the birds come to you. If you’re hunting beaten-up two-year-old birds, I recommend staying away from a full-strut tom decoy. In fact, if I’m in an area where the boys like to come in and loaf — scratch for bugs and seeds and dust — I run a pair of hen decoys and nothing else. 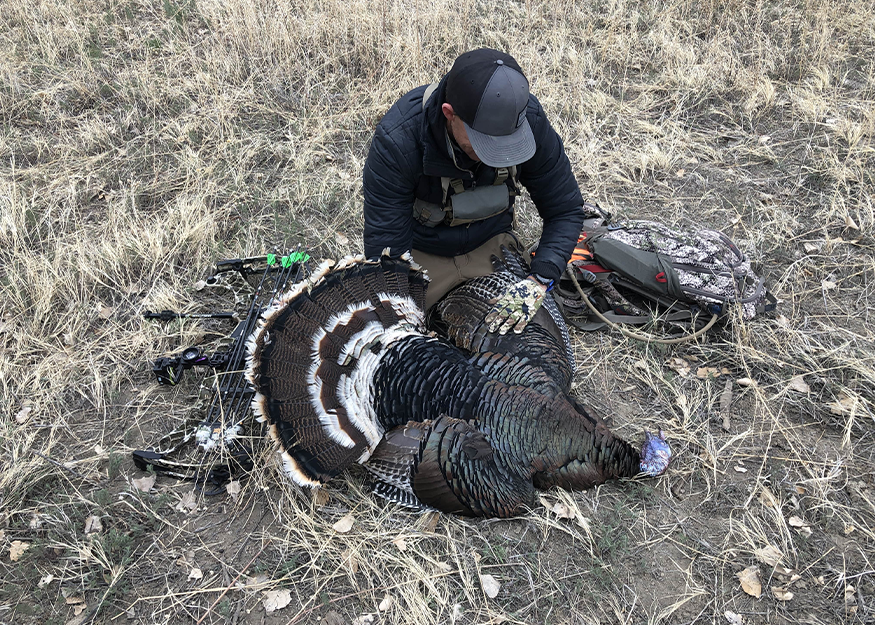 When the weather gets bad and the turkey rut seems to slow, use your turkey knowledge and be where the birds want to be before they get there.