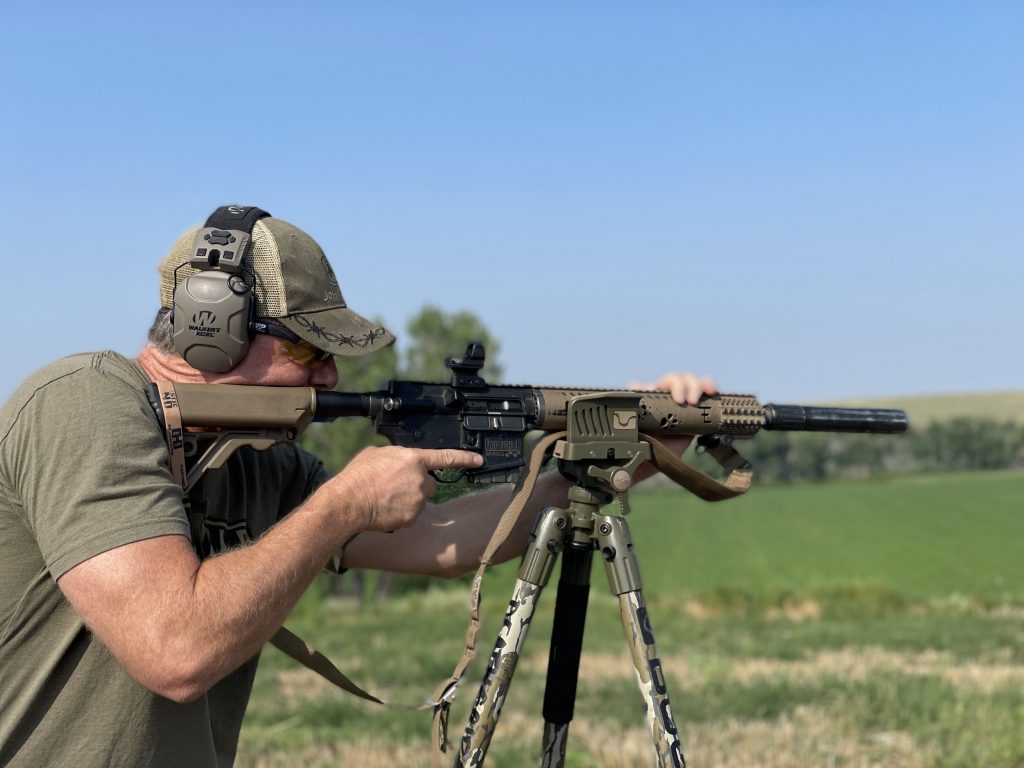 I’ve been blessed to spend time with some fantastic people during my hunting tenure. One of my favorites, though, is the legendary Fred Eichler. The first time I was at his Colorado home, right after dinner, Fred looked at me and said, “Hey, wanna go see some dead stuff?” I was ready. The trophy room awaited, and I had a ticket. I was a bit confused when Fred took me out to his shop, flicked on the light, and pointed to hundreds of skinned coyotes, bobcats, and other predators. This made me smile. Fred is an outdoorsman in the purest sense of the word. He has done well for himself, and with the price of furs being what they are, I seriously doubt he was doing it for spare pocket money. No, Fred was doing it because he loved it. It’s this love and passion that has allowed Fred to hunt all over the world and have signature series bows and guns branded in his name. 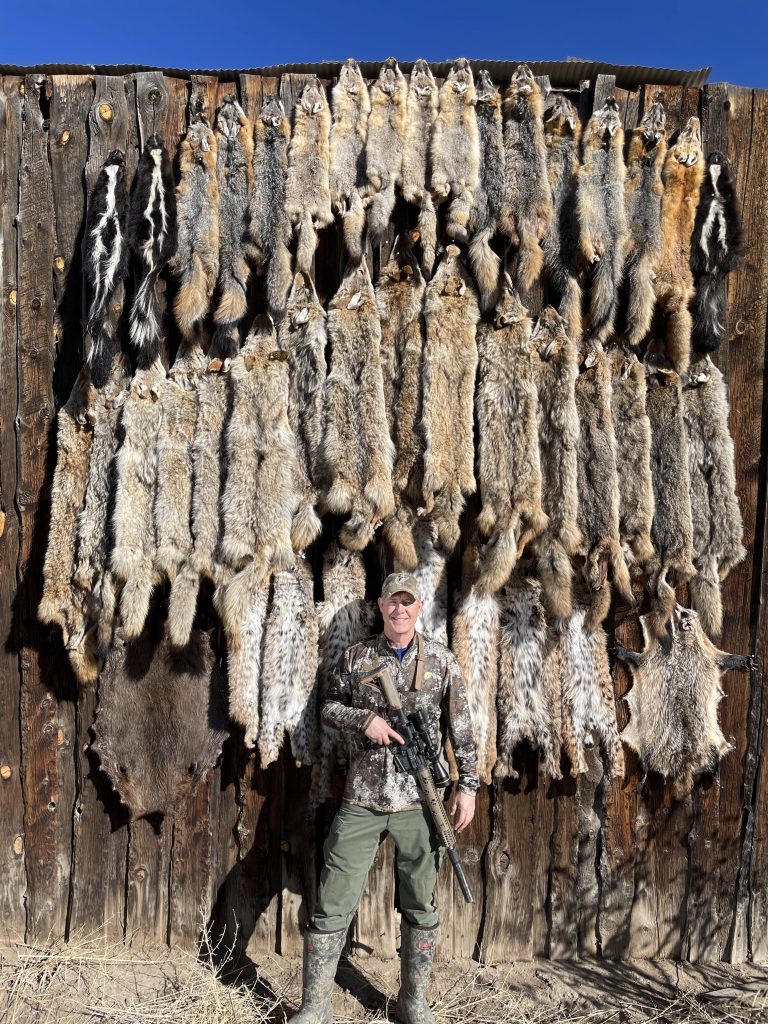 Fred was just leaving a Florida hotel when our phone conversation began. He was in the Sunshine State hunting predators and was jacked about his last night’s hunt, which ended with him depressing the Rock River Arms (RRA) Two Stage Varmint Trigger on his Rock River Arms Fred Eichler Series Predator LAR-15M multiple times.

“This is the ultimate predator platform,” Eichler said. “There are so many AR-style rifles out there, but this one, for predators, performs as good as any bolt gun I’ve ever used.”

Eichler, with energy in his voice, went on to talk about some of his favorite features of this LAR-15M. One thing he pointed out, and something I couldn’t agree more with, is the AR’s coyote tracks that run up the handguard. While this is an aesthetic feature, it shortens the learning curve for newbie AR goers looking for an AR designed purely for predator hunting. 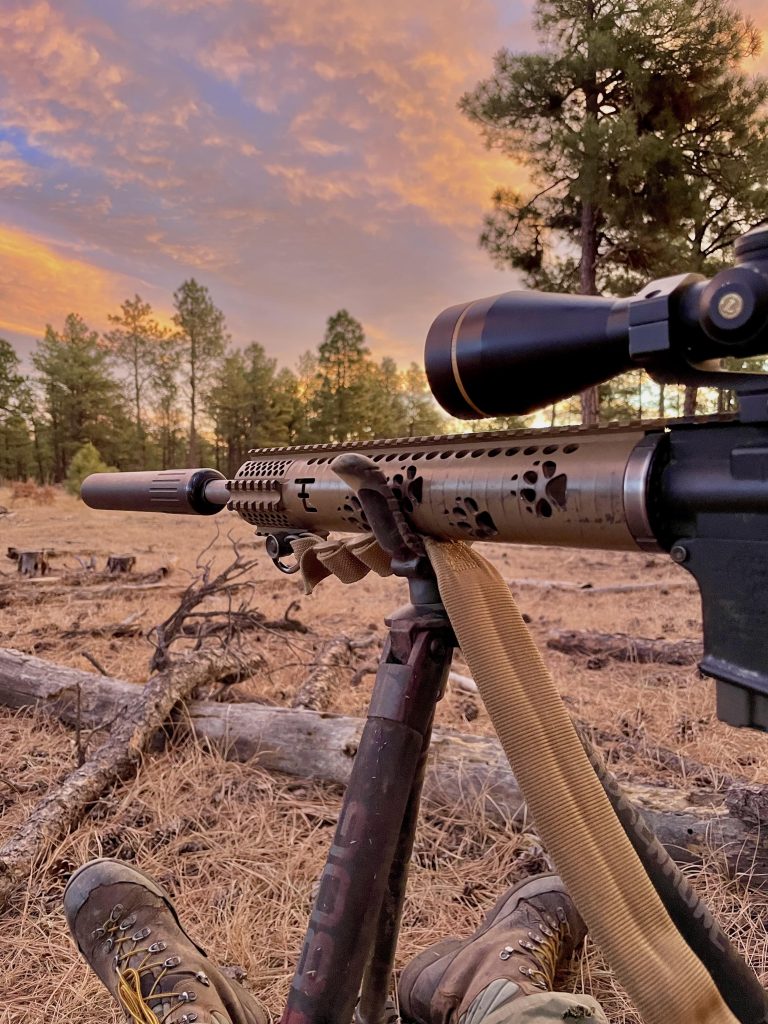 “These tracks on the handguard tell guys and gals what the gun is for,” said Eichler. “Furthermore, there are zillions of AR’s, and when a guy or gal sees 40 different AR’s in a gun rack, most have no idea what each gun was designed to do. This can create anxiety.”

Outside of the AR’s sexy look, the rifle boasts a full-length Picatinny rail and rail attachments at the 3, 6, and 9 positions. This rail system allows for the attachment of lights, scopes, and any accessory you want to add.

“The trigger has an incredible break and is ultra-crisp,” said Eichler. “You can’t beat a gun with a good trigger. A solid trigger design boosts shooting confidence and promotes accuracy. The two-stage trigger does take a little getting used to, but I wouldn’t have wanted any other trigger on this rifle once I got used to it.” 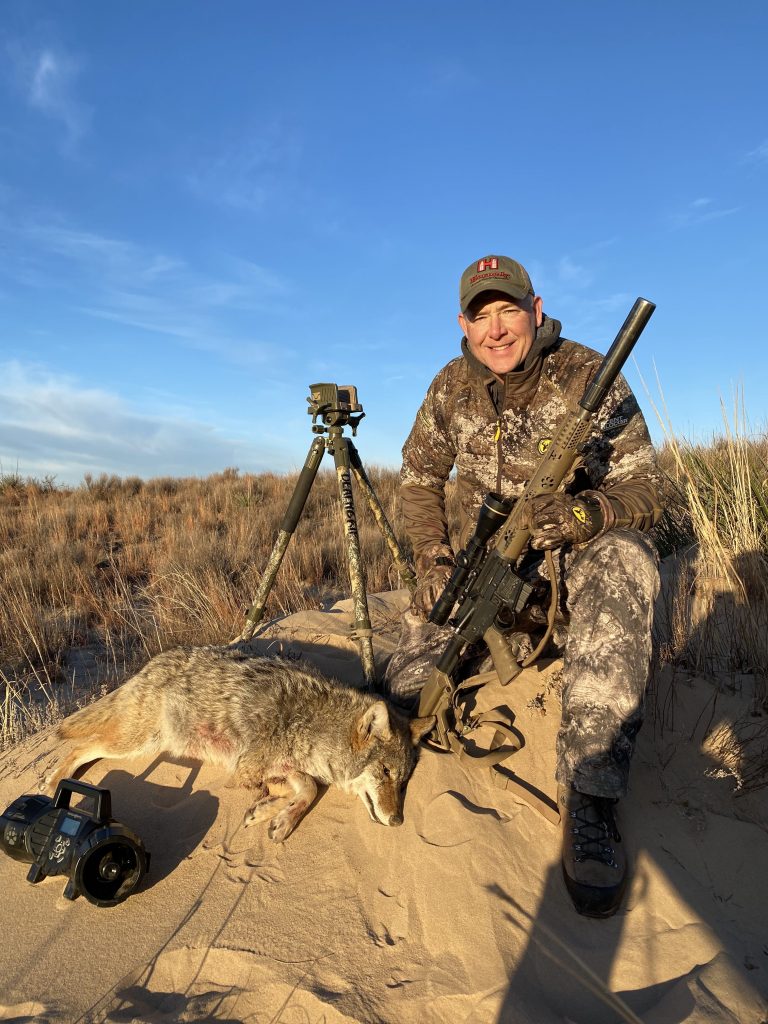 The 36-inch long, 7.6-pound Fred Eichler Series Predator boasts a .223 Wylde chamber for 5.56 and .223 caliber. Serious predator hunters, especially those that sell pelts for profit, know the advantage of this caliber. When paired with the right bullet, hide damage is minimal.

“I love the ported brake system as well,” Eichler added. “This ported brake vents the gases in a unique way by pushing those gases down and forward. Most people don’t think about recoil on a .223, and while it is minimal, the goal with this system was more about allowing the shooter to squeeze off a shot and stay on target. It’s common to have multiple predators come in on a single stand, and if you know how to work your rifle and you can stay in the scope and acquire targets quickly, doubles and triples become the norm.” 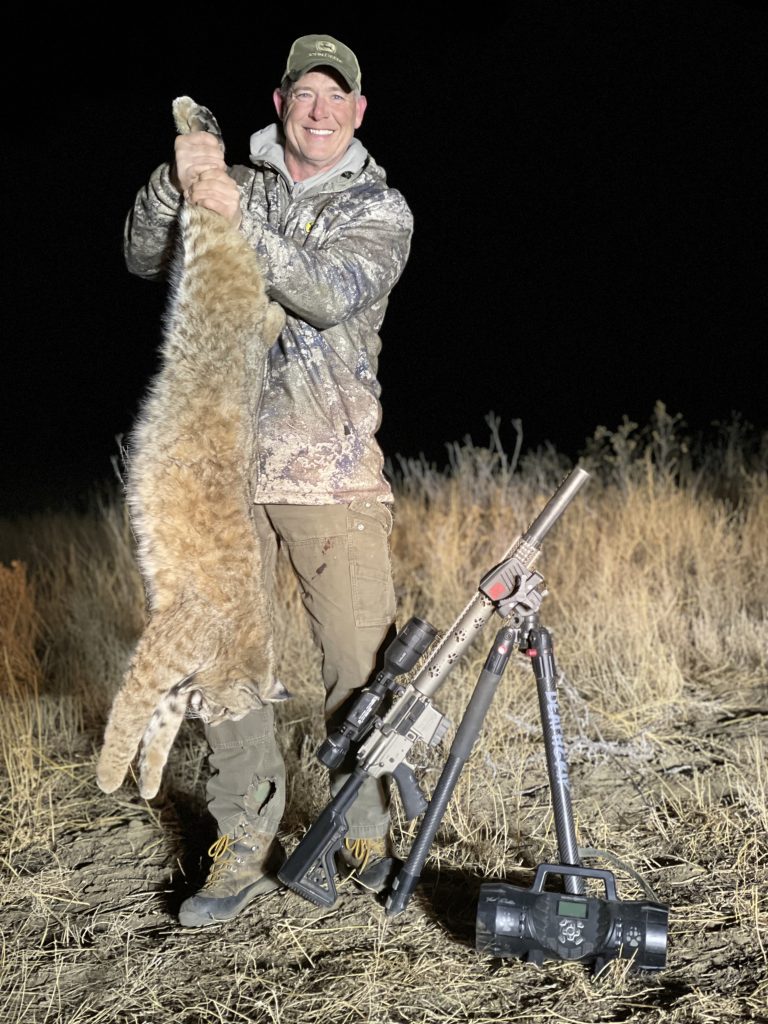 The muzzle is also threaded, which makes adding a silencer super easy. As savvy predator hunter know, threading a silencer onto your muzzle hushes the rifle and further cuts down on recoil. If you’ve yet to tinker with a silencer, I highly recommend doing so.

Customization is another feature to keep in mind when looking for the AR that’s right for you, and the Eichler Series Predator offers it in spades. The RRA Operator A2 Stock, in tan, is a 6-positon adjustable stock. This is important, because with a quick adjustment, the rifle can go from fitting a full-size man to a youth shooter.

“The adjustable stock is one of my favorite features,” Eichler added. “It’s incredible when you have a gun that will fit so many different shooters. Plus, it makes travel easy. I fit two of these rifles and a .44 magnum pistol in my gun case earlier this year. I wouldn’t have been able to do that if I couldn’t have shortened the rifle. The adjustable stock promotes an excellent cheek weld that allows different shooters to view the scope clearly, and I love the Houge Rubber Pistol Grip. The grip is ergonomic, and the rubberized pattern promotes great fit and feel in any hunting condition.”

As mentioned, Fred was just finishing up a Florida predator hunt, on which he harvested coyotes, skunks, possums, raccoons, and various other critters with this sub-MOA rifle. The 16-inch cryogenically treated, bead-blasted stainless steel 1:8 twist barrel promotes exceptional downrange accuracy.

“This thing is a shooter,” said Eichler. “Just the other day in Florida, we were on a group of hogs. We were night hunting with a thermal system, and I ear-holed a hog but I must have been just a tad off because he got up and started running. This gun is so accurate and promotes target acquisition so well, that I was able to put three more rounds into the hog quickly. When we got up on him, those three shots were in an 8-inch circle, and that’s on a running hog. The rifle is so fun to shoot, and a fun-shooting rifle builds confidence.”

If you’re in the market for a new predator killer, look no further than the Fred Eichler Series Predator LSR-15M from Rock River Arms.