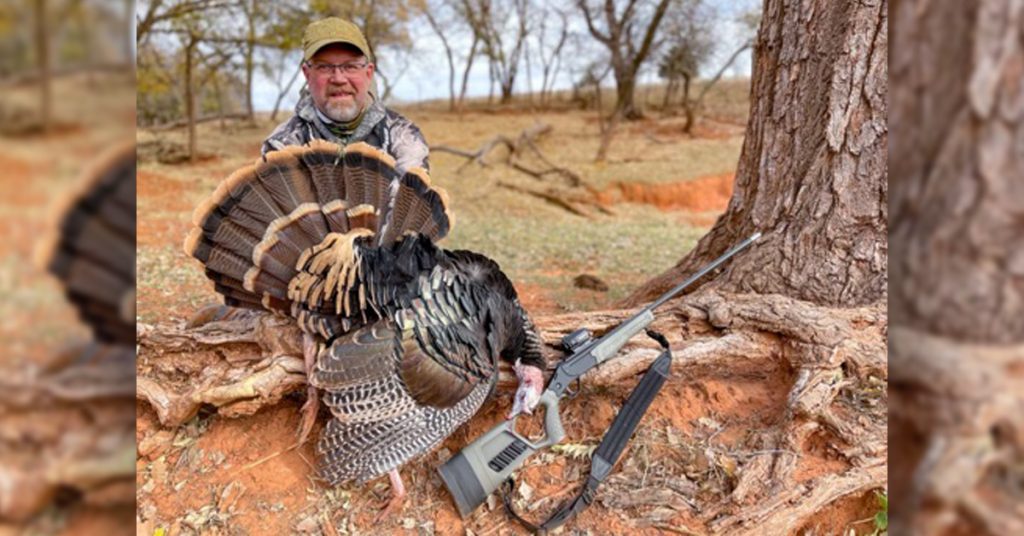 Charging Turkeys and Stopping the Flop

The passion and commitment of avid turkey hunters mean a neverending desire to create better camouflage, shotguns, sights, blinds, decoys, calls, and shotshells. Some hunters strive to tag a bird as quickly and efficiently as possible. In contrast, others look for new ways to challenge themselves. Turkey hunting is addictive, and if the gobbler bug bites you, there is never enough time spent in the spring woods.

My wife, Stefanie, meets the criteria of a fanatic turkey hunter. It is not that she has a ton of experience, and she doesn’t even get to hunt them every year. However, the spring woods’ sights, sounds, and smells are enough to make her shiver with excitement.

It all started in a remote valley when Stef and I watched a pair of gobblers slip into the hardwoods and disappear. For the last hour of daylight, however, they rattled their heads off from the same location, letting us know exactly where they’d gone to roost—and where to set up the following morning. 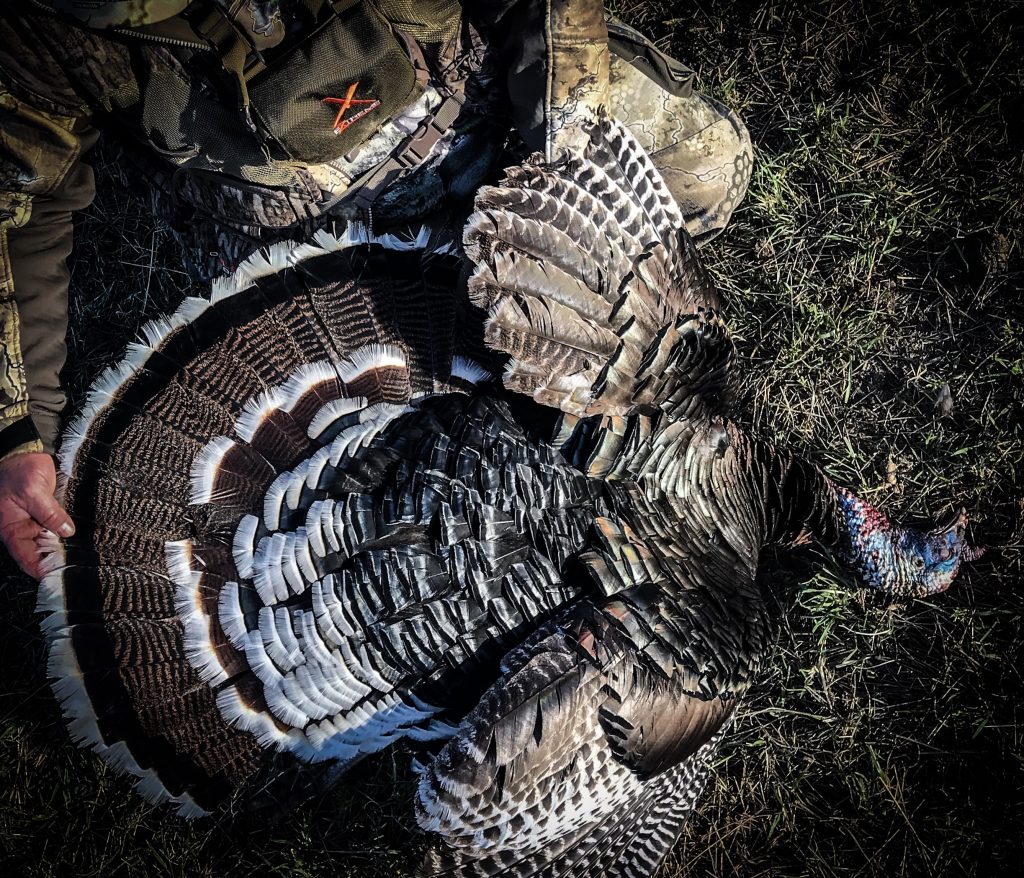 On the previous two days, we had tried to call and decoy birds, but they stuck with their hens and wouldn’t have anything to do with us. It was time to change things up and challenge the gobblers instead. So the following morning, we set up along the treeline and waited for the birds to fly down from their roost.

Once they were down, we stayed out of sight until the two toms finally disappeared over a ridge with a hen trailing behind them. We then ran up to the crest and dropped to our bellies, creeping forward until we could see over the top. The birds were already more than 100 yards away and still moving.

The one thing you can count on with wild turkeys is their incredible eyesight, so when I held up a turkey tail fan, the two strutters immediately locked onto it. If you know anything about toms, you’ll understand how territorial they are and how aggressive they can be toward each other. The pecking order must be followed or a fight will ensue to decide who the boss is. And that’s exactly what we were hoping to achieve by holding up the fan.

At first, the two toms gobbled, but when I kept moving the fan back and forth to mimic a gobbler trying to entice the hens, it was more than they could stand. They didn’t know whether to strut or run, and after a few failed attempts to gain ground in full display, they came at us on a dead run. The pair disappeared for a second at the bottom of the hill, giving us time to get our guns in the shooting position.

Seconds later, I could see the two heads again, bobbing back and forth as they ran toward the fan. When they were less than 10 yards out, Stef’s 20-gauge barked beside me and the payload pounded the bird on the right to the ground. The second tom ran to the left a few steps, but still hadn’t figured out the game, allowing me to put a bead on his head and connect for the daily double. 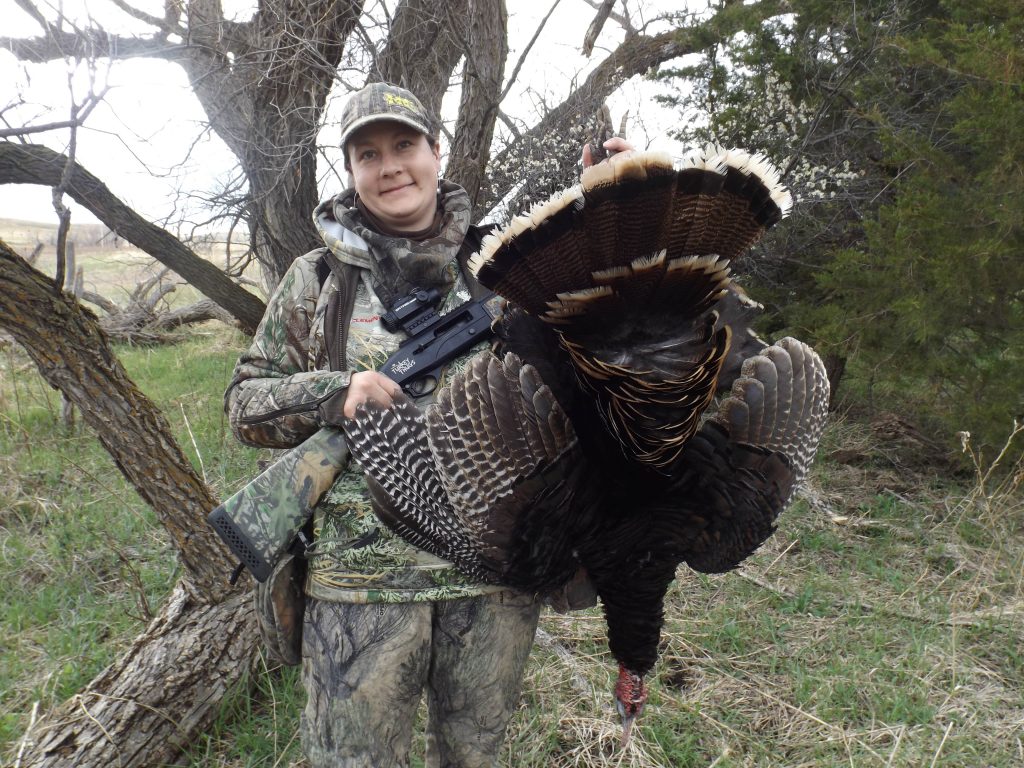 Having the birds charge us and shoot them at such close range was an exciting rush we’ll never forget. It was also my initiation into the art of fanning for gobblers, and I was instantly, well, a fan.

It is time to plan a spring hunt and incorporate some of the newest shotshells, blinds, decoys, and calls. Stef shot her first turkey with lead shot, leaving her bird flopping on the ground. It is time for her to use the latest and greatest shotshell options for sub-gauge shotguns and shoot the wiggle out of her next bird, or as many would say, stop the flop.

When fanning, it’s best to work birds in teams. The person operating the fan remains low and out of sight. At the same time, the shooter stays ready, often to the side or in cover on the flank where there is a clear, safe shot opportunity. The person operating the fan then tries to draw birds into the shooter’s lane. A good and safe way to get a clean shot is to position the shooter 10 yards down the treeline from the person with the fan. That way, the tom will be fixated on the fan and strut unwittingly past the shooter. Primos, Mojo, and other companies sell turkey fan decoys or kits to mount a real turkey fan to be used as a decoy. 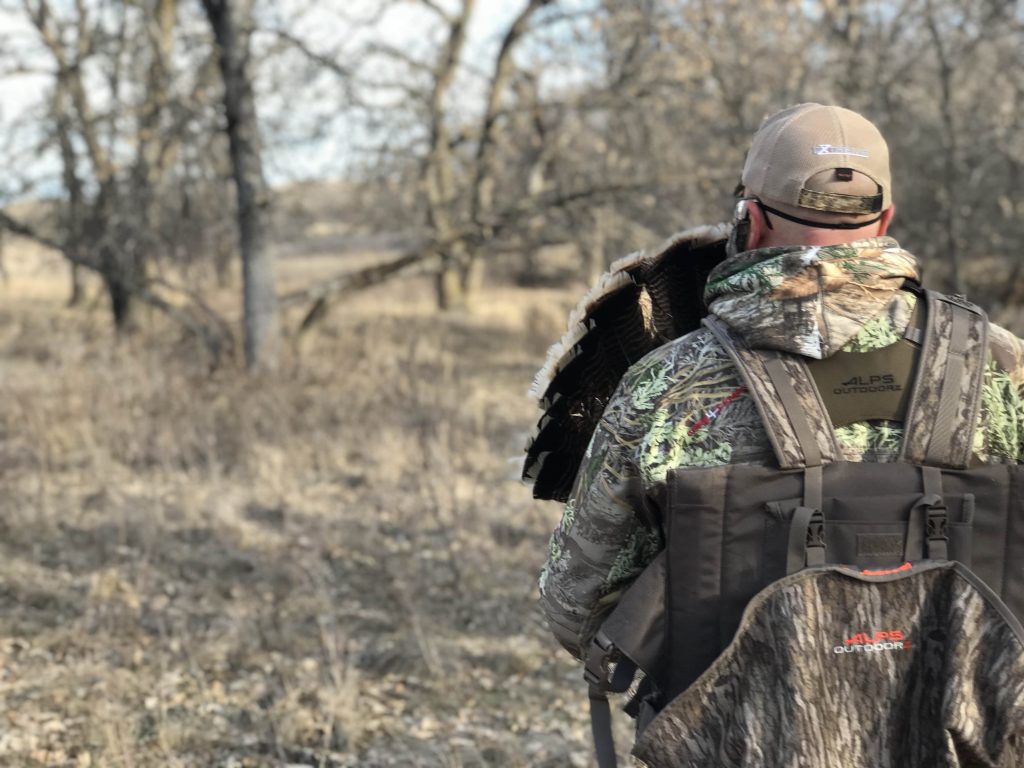 Turkey aficionados have been brainwashed to think bigger is better when killing gobblers. Turkey hunters can benefit from tungsten load innovation in several ways. Tungsten pellets are typically small, dense, and hit like a freight train. A pattern of pellets placed on the head and neck of a giant bird will stop the flop and render a turkey dead and motionless. Punishing 3 ½-inch shotshells have ridiculous recoil that can knock fillings loose in your teeth.

Ammunition that increases range, effectiveness, and unimaginable killing power is the best way to increase success and feed your passion. Premium tungsten weighs 18g/cc, providing the small pellets with unbelievable kinetic energy and penetration. Forget everything you know or consider about 3 ½-inch turkey loads and hunt smarter. The cost of a single shotshell is nothing compared to the homework, dedication, travel, clothing, equipment, and licenses we spend our hard-earned cash on. 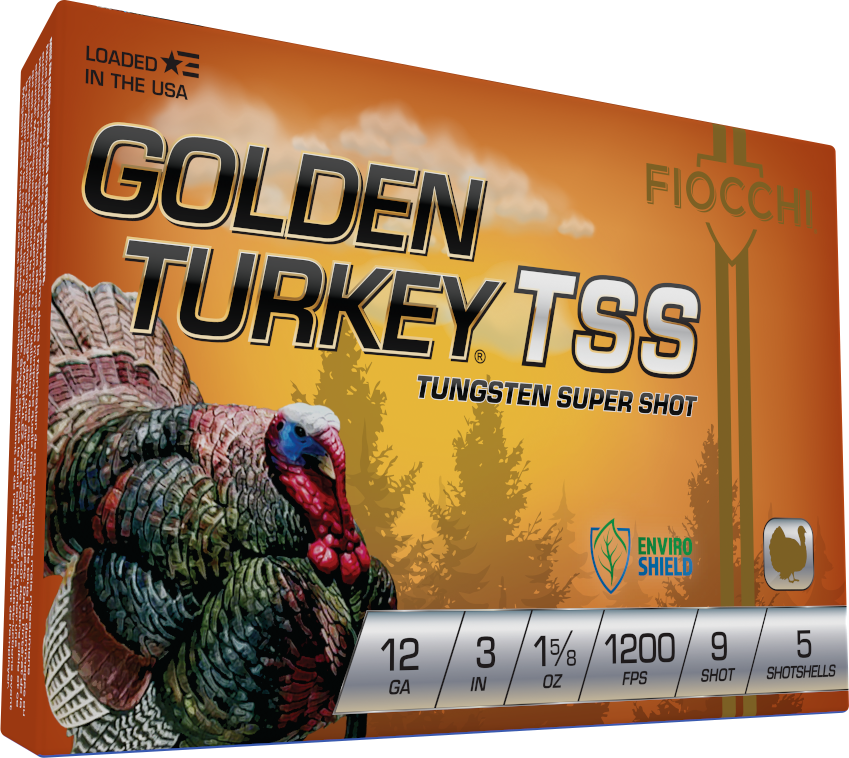 A portable blind can be beneficial, whether fanning or decoying turkeys. The Dash Panel Blind from ALPS OutdoorZ is a hybrid system that combines the features of traditional pop-up blinds with high-mobility and lightweight panel blinds. Three-panel construction offers hands-free, ground-level concealment for one to two hunters. Designed for turkeys, silent windows suitable for rifles, shotguns, vertical bows, and crossbows make this blind versatile for any hunt. The Dash Panel Blind weighs 5 lbs. 8 oz. with a 54-inch height and adjustable open dimension of 40 to 80 inches. It comes with attached ground stakes and an interior mesh pocket in Mossy Oak Obsession camo. 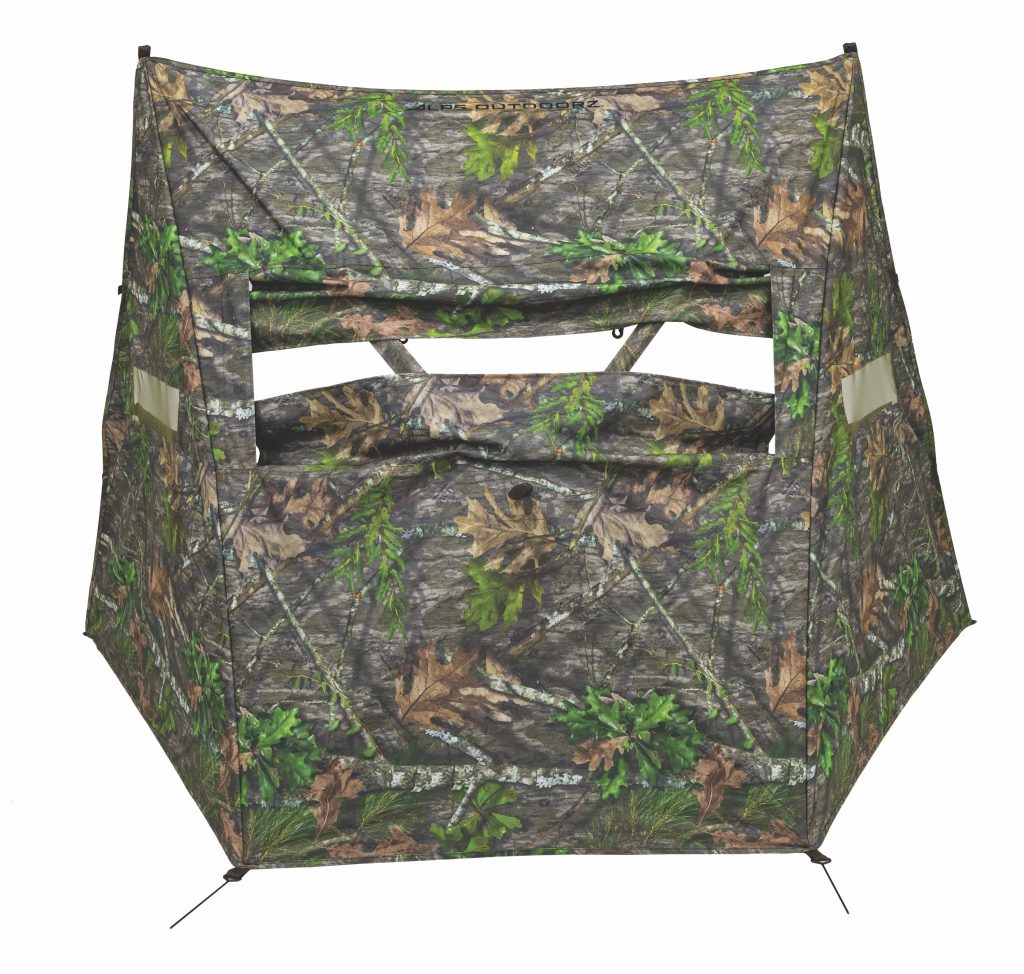