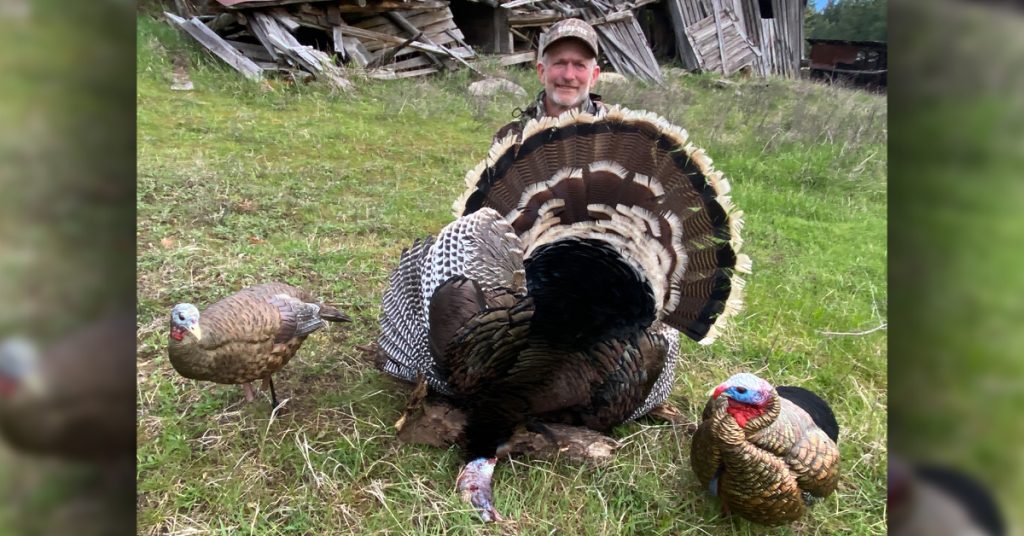 Like all public land hunting, pursuing gobblers on government ground is generally a sink or swim proposition. Those who have done some pre-hunt research have two legs up on those who show up opening day hoping for the best. It is these wannabe gobbler-getters that I want to avoid during the season, which is why I want to be as mobile as possible. I want to be able to attack a spot, and then, if nothing’s shaking or I find that I’m being encroached upon by others, I want to be able to cover ground until I find birds I can work without competition.

At the same time, when I set up, I want to do so giving myself the very best odds that I can get a gobbler into my comfortable shooting range. That means I want to have decoys.

Those who have spent any time using life-sized turkey decoys know how effective they can be, but also how bulky and cumbersome they are to pack any distance along with other essential gear. That makes them a pain in the petunias to haul around when you have to cover lots of ground to try and locate those few pockets that hold turkeys in areas where most of the ground does not. They can also be difficult to set up on a moment’s notice without being detected. This is especially true if you’re trying to hump around a full-body strutter with a real detachable fan that has to be coddled as it is packed all day long. 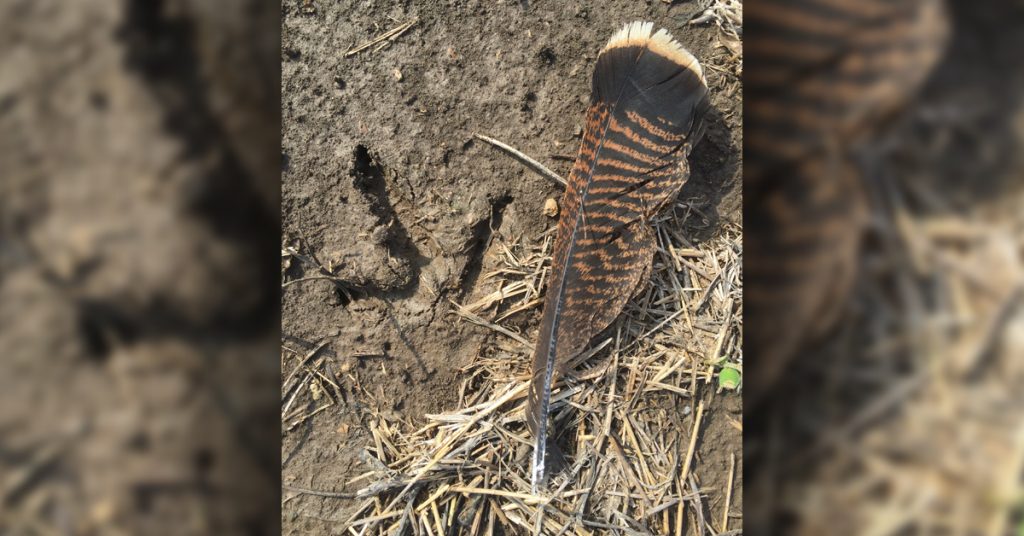 The Jake and Breeder Hen

So, while a strutter is by far my favorite all-around turkey decoy, when I hunt solo, I often leave it in the truck. Instead I pack along a Jake and breeder hen combination. I can pack both in the game pouch of my turkey vest, slung over a shoulder in carry bags, or as I often do, in a medium-large daypack (which I use instead of the vest), cover ground quickly and easily, and set up rapidly with a minimum of movement. And this combination is super deadly.

When hunting with a buddy, and depending on conditions and where we’re hunting, one of us is in charge of bringing the strutter and tail, the other the breeder hen and Jake decoy. This gives us options, and the two of us can get the dekes set up quickly.

How to hunt is largely dictated by the terrain. Public land hunting, first and foremost, requires locating turkeys to hunt. My friend, the late John Higley, killed public land gobblers in heavily-hunted California since the state’s first seasons opened in the late 1960s, and I remember him telling me one way he found birds was to drive dirt roads through turkey country and look for tracks in the dirt road. When he found them, he’d stop, hike a bit looking for more sign, make a plan, then brush the tracks away so other hunters would not see them. He would also go for walks through the timbered country scouting and calling, marking locations where he found sign, heard birds, or spotted them, on his maps.

I do the same, but I also try and get away from easy access points that draw lazy hunters. In big woods, the best bet is to move and call, but wherever there’s more open terrain – big valleys, little meadows, open grassy areas around creeks, etc. — hunters should glass. Getting on high vantage points and glassing and listening may sound more like elk hunting, but it’s a great way to spot turkeys without getting busted. Calling to try and elicit a response is standard, but these days I do as much listening as I do calling. Better I know where they are before they know where I am.

Hunters must be flexible enough to quickly develop a plan to hunt the individual gobblers they find. If I get a bird gobbling, I try and close the gap between us to a couple of hundred yards, then locate a place to set up where I can place my decoys so they can be easily seen by approaching turkeys. Edge cover is ideal, providing open space for decoys and cover to hide me. 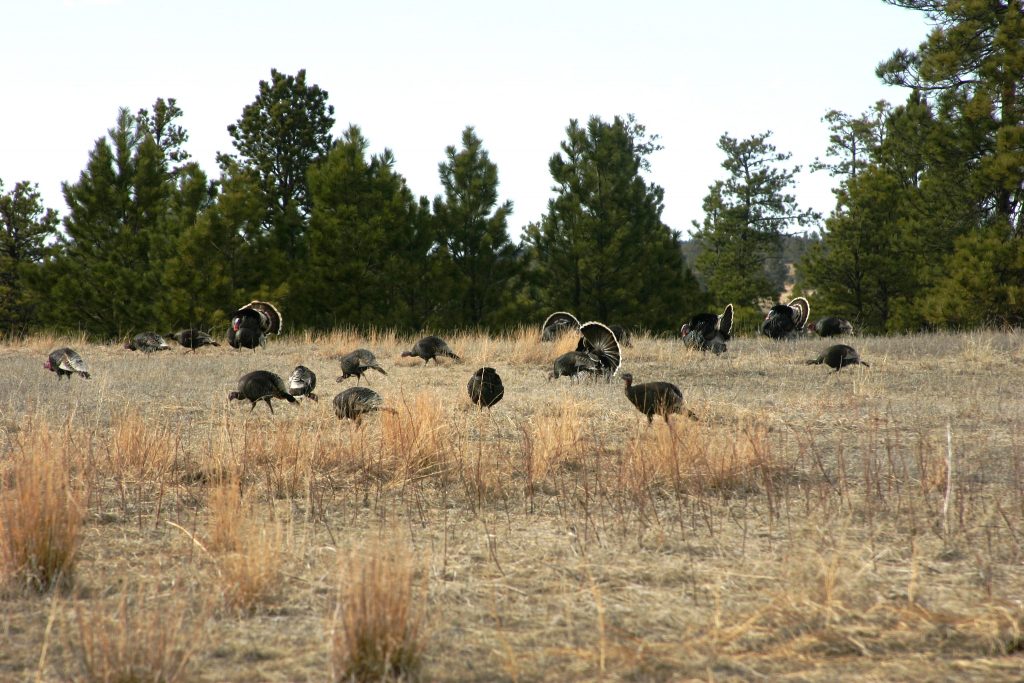 I have often called my hunting style “controlled aggression.” By that I mean I like to aggressively move until I find turkeys, then slow way down so I don’t inadvertently bust them. That may mean hiking, glassing, and calling for all or part of a day, but once I find a “sweet spot” – obvious roost trees, strut zones, fresh sign of scratching and feeding – I often hang around that area all day, waiting for the birds to show up. Setting decoys out can up my chances that when the birds return to the area, they’ll head my way.

An example. One sunny spring day I was hunting northern Arizona. The season had been on for a while, and the birds, pressured by earlier hunters, had clammed up. Using my maps, I found what looked like what might be a little pocket that turkeys might like that was off the beaten path. It took an hour to walk to it, but I found some fresh feeding sign – and no sign of other hunters. A bit more hiking about and I found a roost tree with fresh droppings under its limbs. One thing led to another, and I decided to build a little blind out of fallen timber and brush on the edge of a small meadow with a little creek meandering through its middle, set my Jake and breeder hen 35 yards in front, get comfy, and wait.

That was noon. It wasn’t until 3:00 pm that I heard a distant gobble. A half-hour later I heard another, this time much closer. About 4:00 pm two gobblers and three hens appeared at the edge of the clearing, a hundred yards away. I yelped softly one time, the gobblers turned and saw my decoys, and here they came in attack mode. In 30 seconds it was over. I had placed the Jake atop a little rise where the breeze made it move just enough to add some realism, a little trick I think ups its effectiveness tenfold.

Set the breeder hen at an angle facing away from you, with the Jake or strutter a step off her tail at a 90-degree angle to you. When a gobbler comes in, he’ll get nose-to-nose with the Jake, giving you a broadside shot. Put the decoys up on a high spot so they can be easily seen by approaching turkeys from as far away as possible.

Motion is always good, so let a breeze move your Jake on its stake. If the wind is strong, you can place a couple of sticks or rock on either side of the Jake’s tail so that movement is controlled. You don’t want it spinning wildly!

In hard ground, getting a standard turkey decoy stake into the ground can be difficult, if not impossible. So bring along an 18-inch long metal spike that can be driven into the ground with a rock. One reason I like the laydown breeder hen decoy is that it doesn’t need any stake.

Avian X have become my go-to dekes for a couple of reasons. They’re extremely lifelike, and you can get them in either Rio Grande or Merriam’s versions to “match the hatch” where you’re hunting. They are lightweight and inflatable, which means I can collapse them and save a lot of bulk when packing them long distances. Also, the strutter has a quick, simple system for attaching and detaching a fan. I also like Dave Smith turkey decoys. They’re super lifelike and durable, but not inflatable. Both come with carry bags with shoulder straps (which I reinforced after failures), which makes packing the decoys back to the truck with a big gobbler in my pack or vest pouch a snap. 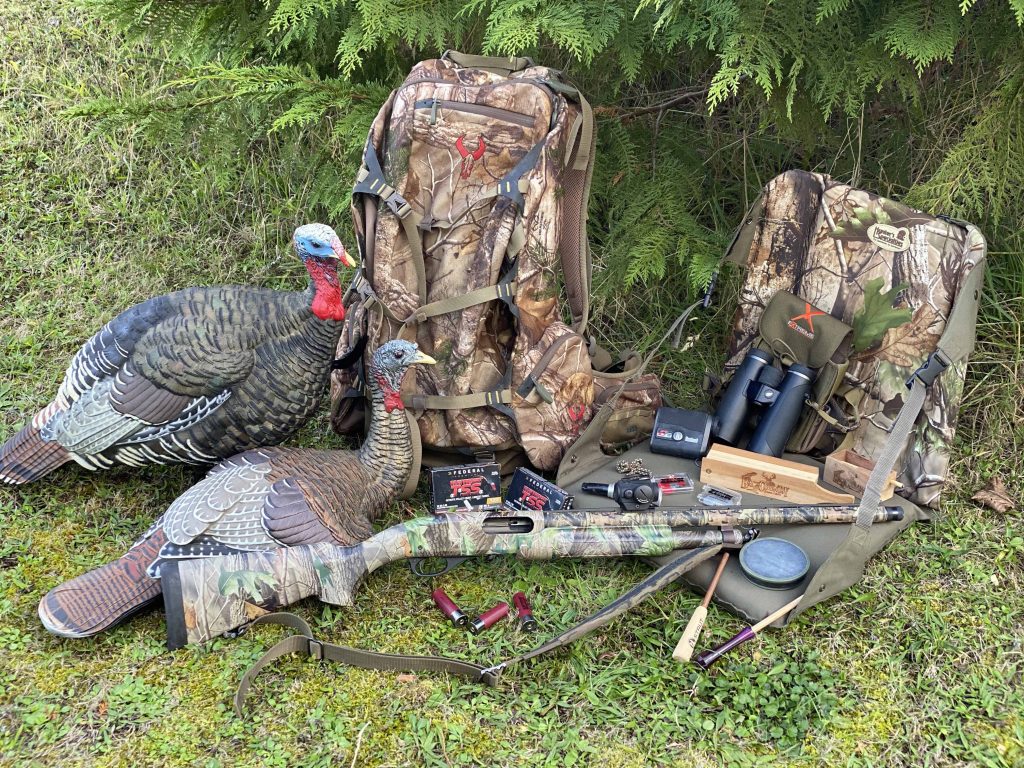 On long hikes away from the road, pare your gear down to essentials only. For me, that means my hunting license and turkey tag (if required), toilet paper and a few paper towels in a Ziploc bag, large daypack or turkey vest, a few calls, Jake and breeder hen decoys and stakes, carry decoy bags, binocular, laser rangefinder, shotgun and shells (or bow and arrows), an inflatable seat I carry using a shoulder strap, water and snacks, a 2mm garbage bag for my turkey, a sharp knife, and smartphone with hunting app and/or maps showing the area. Spare gloves and facemask are in my pants cargo pockets, and a light jacket round it out. Anything else is extra weight and bulk I don’t really need.