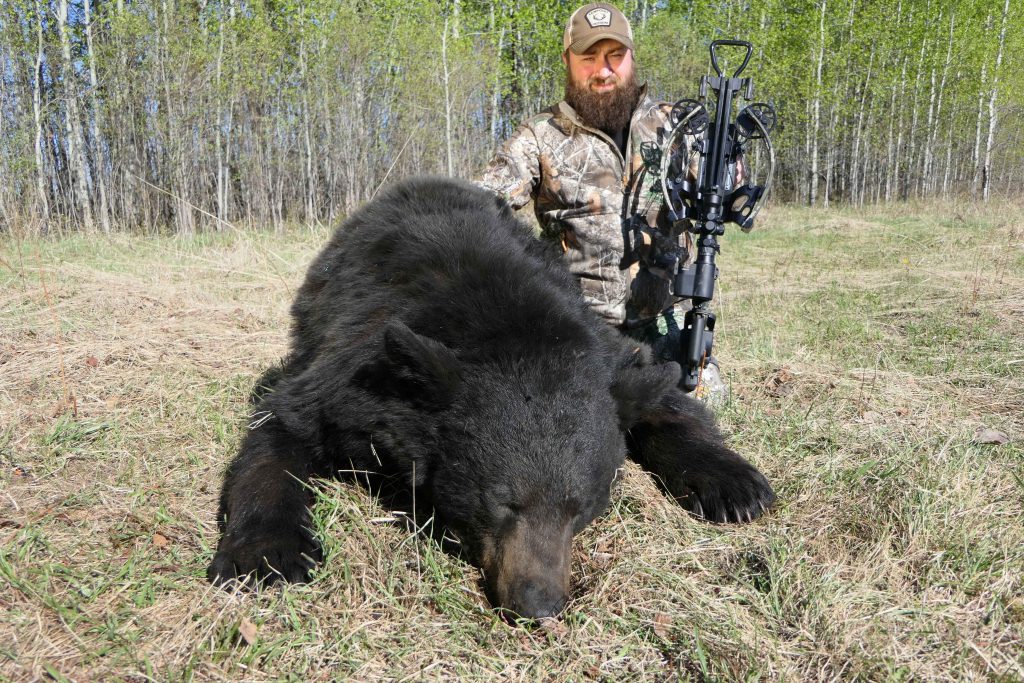 “That’s an interesting concept I hadn’t thought of—I’ll have to run a computer model back at the office to see where the energy comes off the limbs and how much vibration it generates.”

Keith Bartels didn’t know what he was getting himself into when he signed up to be in the same spring bear camp as me. Keith is a Design Engineer at TenPoint Crossbow Technologies, and the brains behind the new Nitro XRT, the fastest crossbow on the market shooting 470 fps. Keith spent years working on the model and tinkering (I’m sure that is an engineering term) with 3-D printers and mapping strengths, weaknesses, and energy curves for his new designs. I think I drove the poor man crazy with a continuous stream of questions. For me, getting a better understanding of how crossbows are made and designed was a privilege, and I was going to take full advantage while with Keith.

I did offer some thoughts on how to potentially generate more energy from a crossbow, and Keith always smiled and answered politely. I never knew if my ideas were serious or interesting or so far off the wall that I seemed a little senile?

I knew the instant we shot our bows together, there was a unique passion for archery. Keith shoots a vertical and horizontal bow and enjoys archery in general. I cocked my bow and remarked on the narrow design of the limbs. A smile crept across Keith’s face as he raised a brow and smiled, and maybe even blushed, with the compliment as he said, “yes, I worked on that for a long time.” 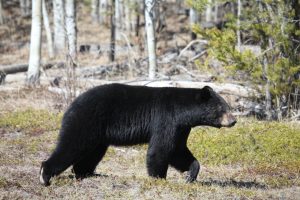 We headed out hunting the first evening and wished each other luck. I love getting into the boreal forest in the spring. The ruffed grouse are drumming, Canada geese honking and creating a ruckus defending territory, and late in the evening, the boreal toads croak their unique love songs. The dandelions appear from nowhere, and all I can think about is the bright yellow flowers are candy to a black bear. It was the driest spring I can remember in Alberta’s bear woods. Even the black spruce swamps were looking parched, and the dust hung in the air like a bad smell, but it didn’t deter us from getting out.

Hunting anytime is exciting but getting out after a long winter makes for extraordinary times. Keith saw bears on his sit, but the swirling winds were the best excuse I could come up with for a quiet first night.

The days were used to pester Keith even more. We went over nock designs and why changes needed to be designed and implemented to deal with the insane amount of energy new crossbows generate. Stocks, cranks, triggers, arrows, optics, and a few personal questions, like what is the best bourbon whiskey, and Keith was looking for a place to take an afternoon nap.

We were back out to the stands the second night, and I felt confident the bears were going to cooperate. I settled into my tree and smiled when the wind wisped across my face, taking my scent away from the main bear trails. I had just seated my arrow when I looked up and noticed a black spot deep in the forest. I concentrated on the dot, and it eventually moved. My heart rate increased immediately, and I didn’t even know the size of the bruin. I watched intensely as feet and legs eventually emerged from under the thick spruce limbs. Eventually, a young black bear came into view as it dissected the forest with eyes and nose probing for potential danger. 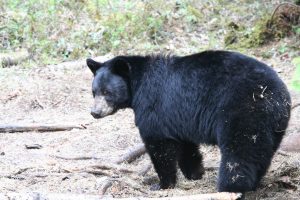 My heartbeat slowly returned to normally as I watched the young bruin go about his business. The bear kept me entertained for an hour before it stood up, woofed, and ran off into the woods like a bolt of lightning. I knew something was up, and seconds later, brown fur caught my eye. The long legs of a mature bear ambled down the trail in my direction, and I brought my crossbow to my shoulder in preparation for a shot.

The bear cleared the dense bush and stretched its nose high in the air. The round head and dark chocolate-coloured fur were enough for me to know the bear was considered a prime target. The show was worth the price of admission, as the young black bear snuck back for a closer look at the competition. There was growling, snapping teeth, and fight chases that kept the bears running in circles as they tried to outsmart each other in a game of dominance. Every time I thought I had a good broadside shot at the brown, it moved.

Two hours after I first spotted the brown bruin, it walked back in front of me and stopped. In a split second, my arrow was released from the crossbow, and it zipped through the bear like a hot knife through butter. The running crash didn’t last long before the woods fell silent. My buddy Cam Morrison was there shortly after to help track and retrieve the beautifully colored bear.

I had been back in camp for about 15 minutes when Keith rolled up. I could tell by the huge grin on his face that he put his engineering to the ultimate test in the woods. Walking to the back of the truck, a huge black bear came into sight. When Keith spotted the bear, he knew it was dominant. The old bruin acted like he owned the forest and a steady hand and gentle squeeze of the trigger landed Keith his first ever black bear. 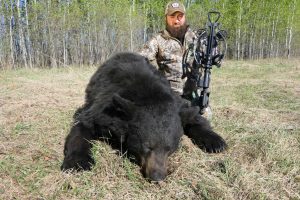 To say the young engineer was excited would be an understatement. Spring bruins have a way of grabbing a hunter’s attention and not letting go. I caught the bug years ago and couldn’t imagine a spring without a trip to the bear woods. Keith was already talking about a return trip, and we hadn’t even got the skin off his first bear.

For me, the adventure was like a time warp into the future where I could visualize 3-D printers forming poly into useable limbs, stocks, and trigger mechanisms. Travel through time and space was an adventure I soon won’t forget, and every time I look at a crossbow, I think of them differently. For Keith, it was just another day in the office, with a crazy Canuck to ask more questions than a kid on his first trip to a candy store.

Like any industry, the archery world is always striving for more efficient ways to help hunters be successful and enjoy their outdoor pastime. Limbs and strings have come a long way in a short period, but hunting remains the same. Faster crossbows help beat a deer trying to duck a string, but it doesn’t extend the ethical range significantly.

Energy curves and engineers also help explain arrow trajectory over time, but the one thing we have not learned is to beat gravity. TenPoint frontman, Rick Bednar said, “the Nitro XRT offers many benefits to hunters with incredible speed, and hunters might be able to stretch the range for hunting to 60 yards.” 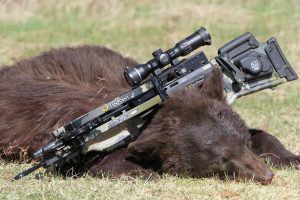 The statement may seem strange to someone that hasn’t hunted with a crossbow, but short, heavy arrows lose energy quickly after coming off the rail. A crossbow shooting experiment in the states showed a 448-grain arrow shot at 450 fps will drop 69.5 inches to hit a target at 100 yards, which can make it seem somewhat medieval. TenPoint has the new Nitro XRT shooting 470 fps and still recommends a maximum hunting range of 60 yards, or for Canadians about 55 metres. Crossbows can shoot much farther, but there are too many variables that make hunting at greater distances unethical. With over 175 centimetres of arrow drop, a 100-metre shot leaves way too much room for error or a quick movement by the animal.

Up close and personal, like bow hunting should be, means crossbow hunters enjoy flat arrow trajectory, increased penetration, and humane kills. Understanding the tools we have at our disposal as hunters make us more successful in the field. Perhaps it is knowing our limitations with the tools we have in hand that ultimately define us.