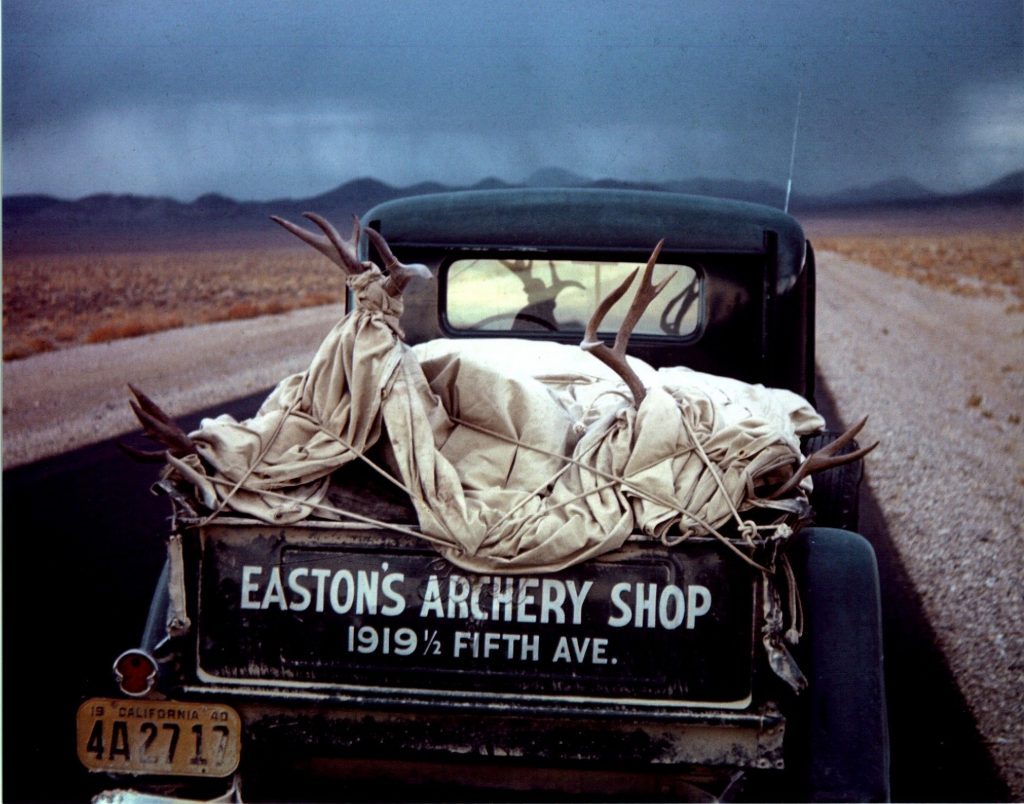 It all started in 1921 when 15-year old Doug Easton found his passion in archery. The young man had suffered a leg injury while hunting that fall, giving himself time to read a book on archery by Dr. Saxton T. Pope. The Dr. is best known as a founding member of the Pope & Young Club. Waiting for his leg to heal in his downtime, Easton made cedar and pine arrows and crafted bows from fine wood. It was a pivotal moment in the young man’s life that would eventually impact the lives of archers into the future. 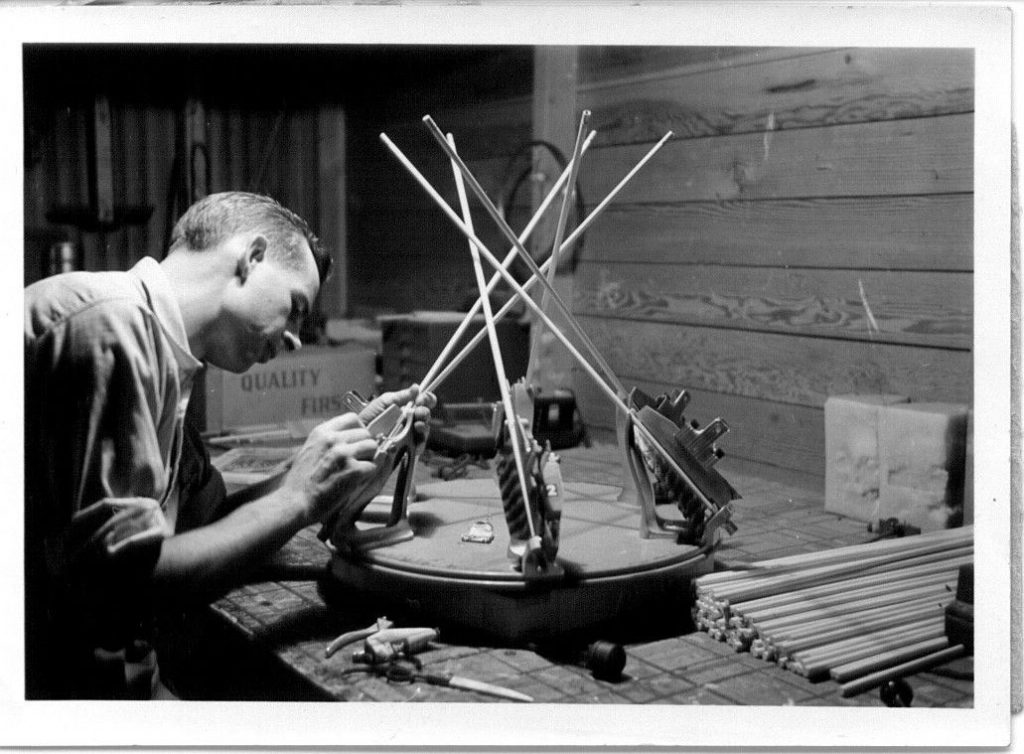 Within two years, Easton developed a following on the tournament trail. He quickly became known for the most accurate handcrafted arrows available. In 1929, Doug moved to Los Angeles to start full-time production in his new Easton’s Archery Shop. Innovation came quickly, developing ground-breaking cedar arrows and the screw-in point system that is still universal today. 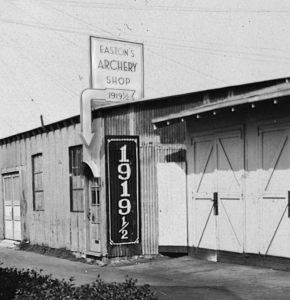 Doug officially started jas. D. Easton, Inc. in 1922 and remained active until his passing in December 1972. Doug’s son Jim joined the company in the 1960s, and eventually, Jim’s son Greg took over in 1989. Easton has a proud family history that has continued to grow under the family name and leadership. 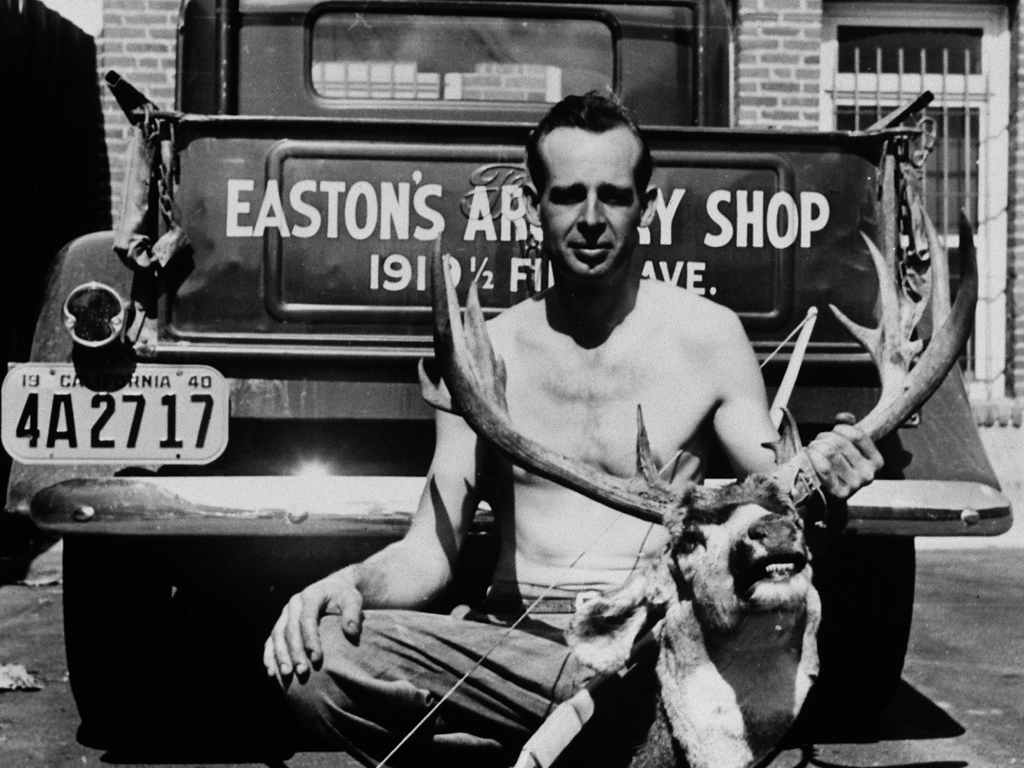 Innovation and Technology Put in Context

While Doug Easton was leading a charge in the archery world, the rest of North America was suffering through the Great Depression. Starting a business and having it excel during those times is a credit to the quality and being a leader in the industry.

The same year that Easton was making his first perfect arrows, a few other historical events were worth noting.

May 1922 Construction of Yankee Stadium in the Bronx

May 1922 Lincoln Memorial dedicated in Washington

The first electronic television was not invented until five years later, in 1927, to put things in better context. Refrigerators started to see widespread adoption in the 1930s. At the beginning of the decade, only 8 percent of American homes had one, but by 1940, that number had jumped to 44 percent. By the end of the 1940s, they were a common feature of American homes. Archers enjoyed the benefit of straight and consistent arrows, and custom-made bows, long before they had a tv to watch or somewhere without natural ice to store milk and other perishables. 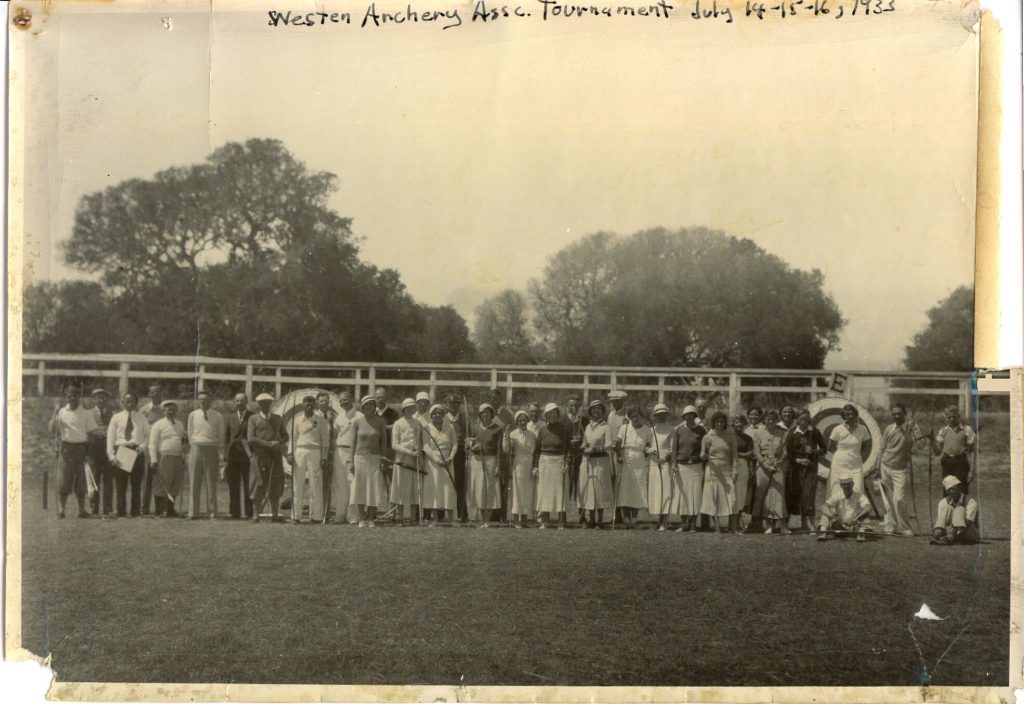 Today, the Easton name is associated with aluminum bicycles, baseball bats, hockey sticks, drumsticks, and other unique products that are stronger and lighter with the companies engineering feats. Easton also made improvements to the nock, which has carried through to modern times.

The nock material of choice within the industry was nitrocellulose, one of the first artificial plastics. The original Middleton Mid-Nox of the 1930s were made from this potentially explosive material, one at a time in a single mold, with a total of six to eight molds in use at any time.

In the 1930s, Doug Easton developed the first aluminum nocks. This was likely the first introduction to aluminum, profoundly impacting the business in later years. The aluminum nocks were durable and lightweight and were carefully finished by hand, making them labor-intensive to develop. The drawback was that even a slight impact from another arrow could “burr” the nock, and if the archer did not notice, this could result in a cut bowstring on a subsequent shot.

In 1949 Easton once again revolutionized the sport of archery by introducing straight, consistent aluminum arrows with the 24 SRT-X Aluminum. Less than a decade later, the XX75 hit the market and remains the best-selling shaft of all time. Breaking new ground instead of following others made Easton the world’s leading archery innovator, with a strong following from more bowhunters, crossbowmen, 3D competitors, target shooters, and Olympic archery competitors than all other brands combined. 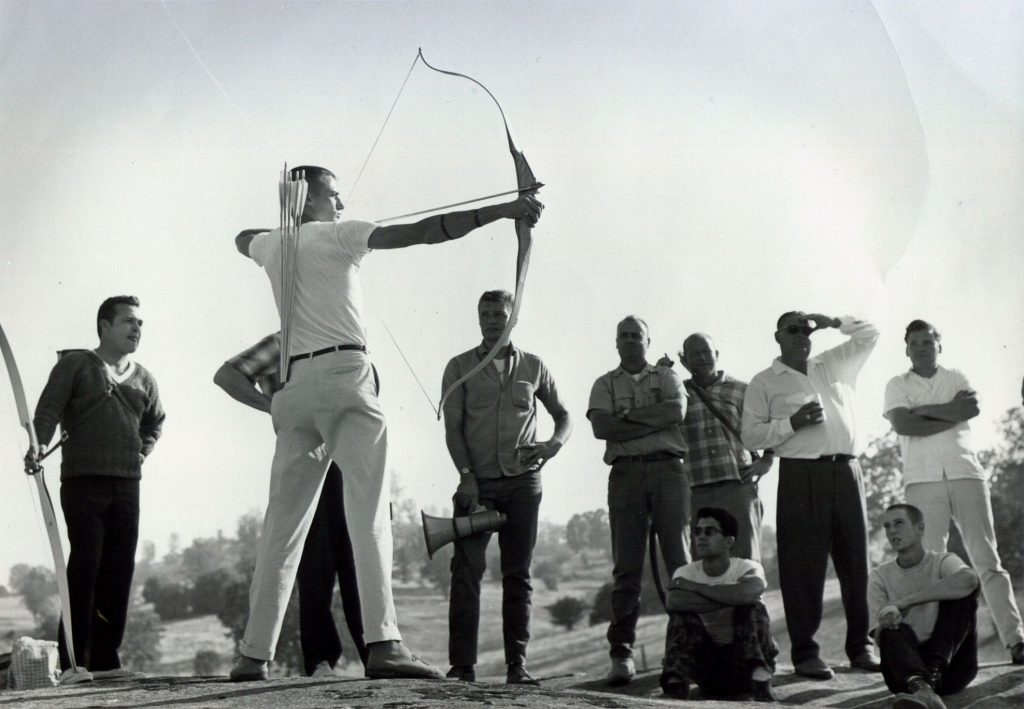 In the 1960s, Easton acquired the Mid-Nox brand from Middleton. Jim Easton introduced a more advanced plastic for the Mid-Nox called Cycoloy, a polycarbonate and ABS plastic blend. The material advancement was the first use of a modern engineering plastic in a nock. The move to injection-molded Cycoloy was a tremendous improvement in precision, strength, and durability of the nock. It also brought the price of nocks down with high-volume production techniques. 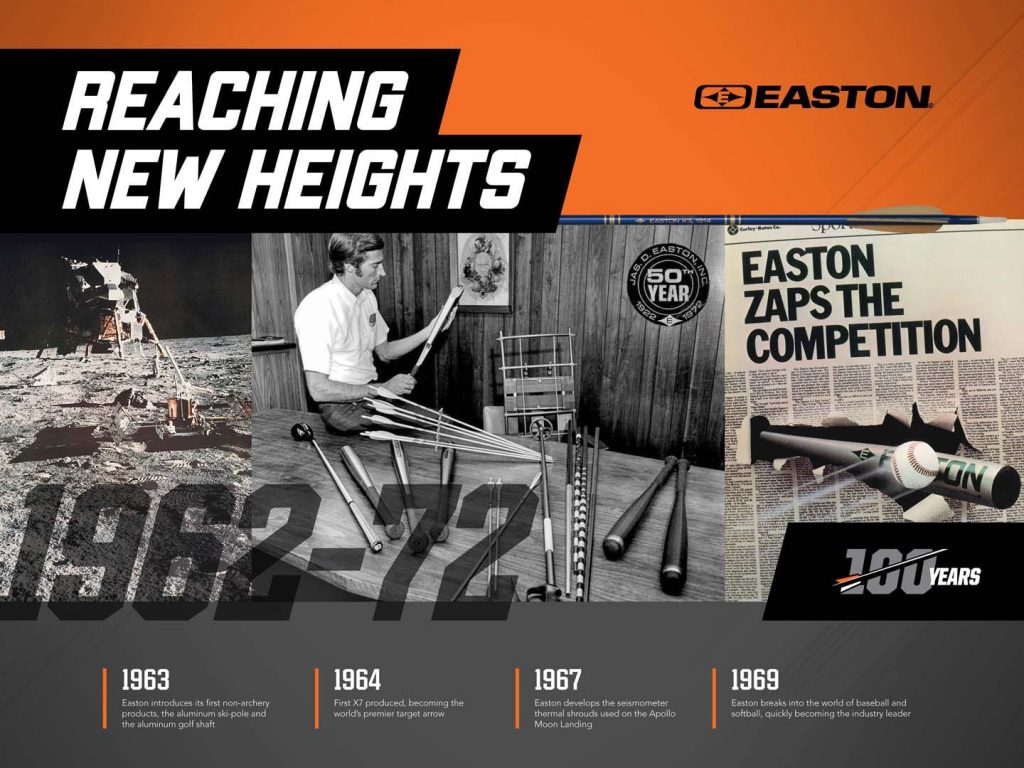 Easton was growing fast, and in the mid-60s, it started construction on a 58,000 square foot facility on Haskell Avenue in Van Nuys, California,  which opened in 1967. In the late 1980s, a large multi-story corporate headquarters was established across the street from the factory. Eventually, Easton expanded to Salt Lake City, Utah, with a 100,000 square foot factory entirely dedicated to arrows, in 1982. The facility in Van Nuys started producing more baseball, hockey sticks, and other sporting goods products. This facility produced aluminum hunting arrow shafts and handled packaging and shipping for target aluminum shafts made in Van Nuys. This production and shipping hub doubled in size in the mid-1980s.

In 1990, Easton introduced the affordable, high-performance A/C/C shaft series. Jim Easton designed the A/C/C or Aluminum/Carbon/Competition with 12 original shaft sizes. Three more with weaker spine sizes were added a few years later to bring the total to 15 sizes, ensuring a correct tune for nearly every shooter. There was, and continues to be, a multitude of component options. A/C/C still represents one of the most accurate, easily tuned, durable, safe, and high-performance carbon arrow shafts ever made. In 1991, Easton Composites was established in San Diego, developing the next generation of carbon products for baseball, hockey, and golf and producing the first A/C arrow shafts. Today, all A/C shafts are made in the USA at the Easton factory in Salt Lake City, Utah.

Easton has always been one step ahead of the competition. It is an industry leader where other companies use technologies developed by Easton engineers. Today, the company holds 40 patents and has been on the podium with 45 Olympic Gold Medalists and 45 Silver Medalists. Easton really does make an arrow for every archery application, as attested by its extensive product lines. 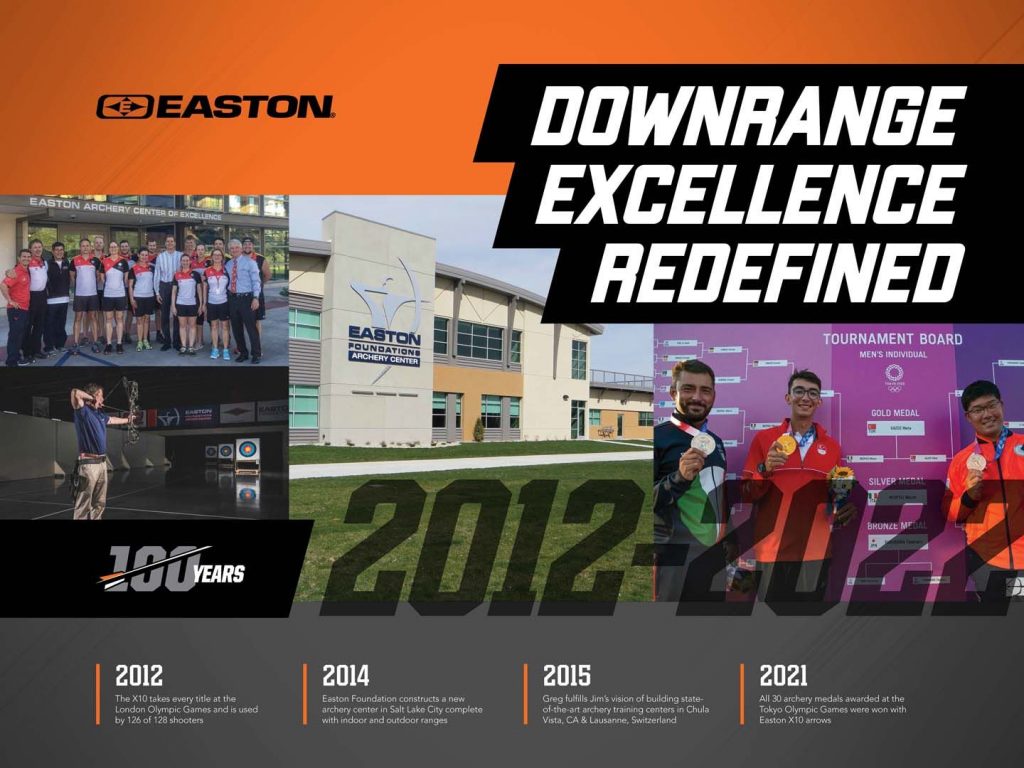 Few companies in North America get to celebrate and boast the 100th anniversary. Easton has now joined the ranks of other hallmark companies like Kraft Foods, Boeing, and Coca-cola.