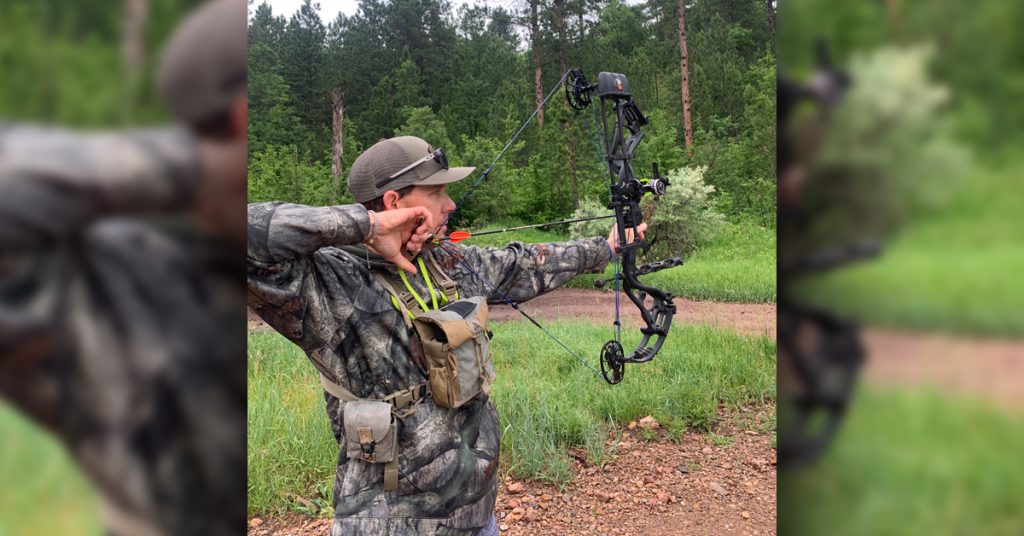 Fixed vs. Mechanical — What Broadhead Is Right For You?

Struggling to make a broadhead choice? Fixed vs. Mechanical? Here’s what you need to know.

I struggled with the question for years and often rocked back and forth. I would fire carbon tipped with a mechanical head for one hunt, and the next, I would run a three- or four-blade fixed head. Doing this meant a lot of bow-tuning between stick-and-string pursuits, and I found myself cracking out the Ibuprofen regularly.

Here’s the deal: Only you can decide what broadhead is right for you. It’s the head that gives you the most confidence and puts your bowhunting psyche at ease that deserves to be threaded into your arrow. We can help by giving you the 411 on each type of broadhead and pointing out the pros and cons.

The main thing to remember with both heads is that both have working parts. The blades will be held tightly into the ferrule with an O-ring, collar, or tension device. Though blade-retention devices have come a long way in recent years, you’re still shooting a mechanical device, and mechanical devices can fail. 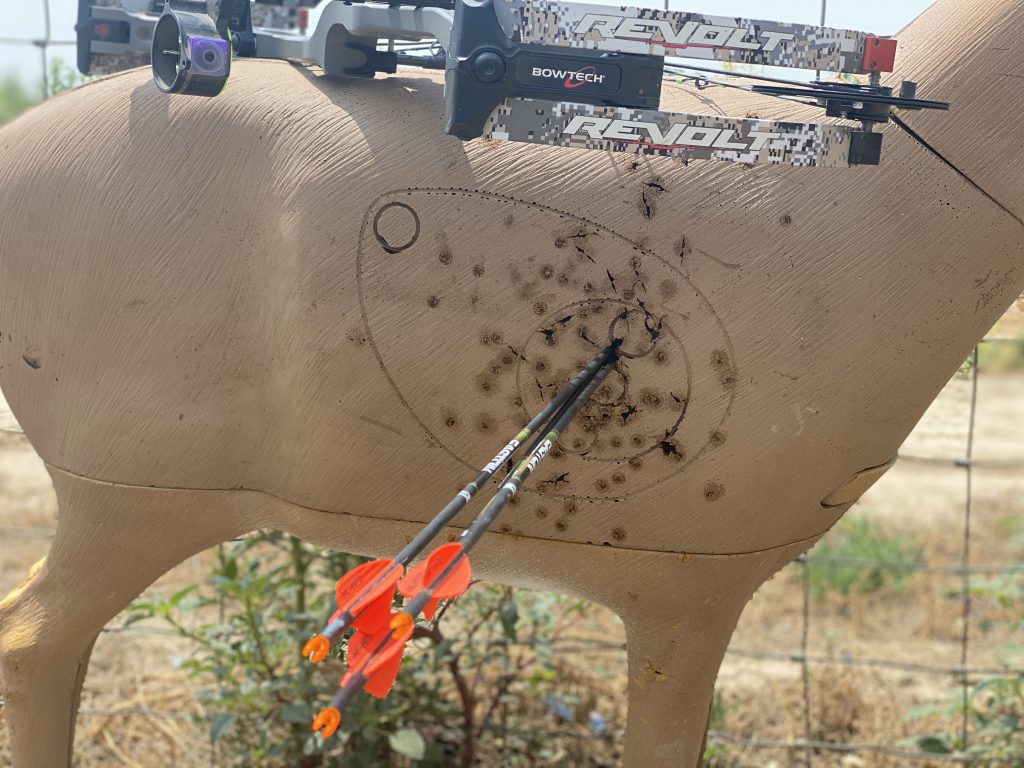 So, am I trying to steer you away from shooting a mechanical broadhead? Absolutely not! It’s rare for me, even when hunting heavy big-boned game, to shoot a fixed-blade broadhead. More on this later. I’m just pointing out the facts. The significant benefits of a mechanical broadhead are its streamlined nature and whopping cutting diameter. With the blades closed during flight and tucked into the ferrule, these broadheads fly like a field point and produce jaw-dropping downrange accuracy. Some of the most accurate I’ve ever shot are the NAP SpitFires. Of course, you should test each broadhead for accuracy out to the maximum distance you plan to shoot before any hunt. Though most mechanicals fly like field points, you need to prove it. You’ll find some that require you to tweak your rest or sight to stack a head next to a field point.

The other major benefit of a mechanical head, as previously noted, is its massive cutting diameter. While cutting diameters between 1.5 and 2 inches are standard, there are heads out there that break the 2-inch barrier. Because the blades aren’t exposed to air during flight, manufacturers can use larger blades. Naturally, pushing these blades into action requires a loss in energy, but like blade retention, blade deployment and the geometry of blade arms have come a long way in recent years. Do some testing on foam targets to make sure the poundage you’re pulling pushes the blades entirely into action on impact.

If put in the right spot, I don’t believe a more lethal option will produce a better blood trail than a mechanical broadhead. Period. 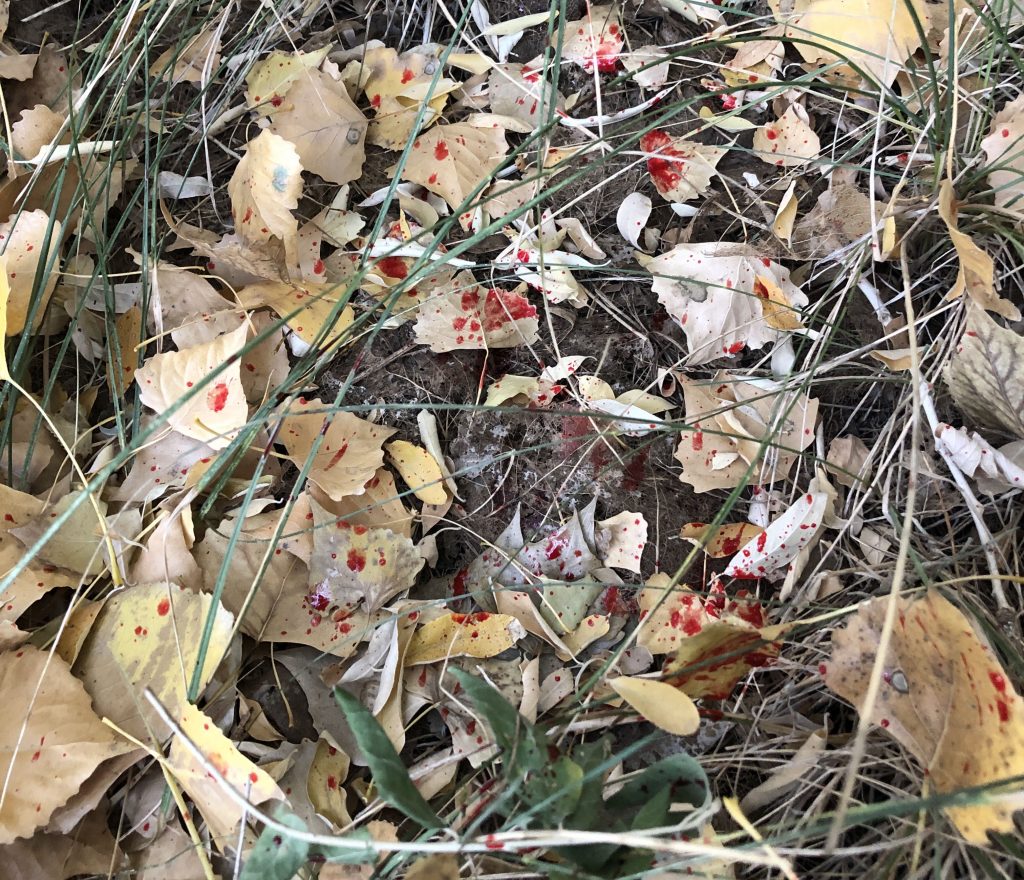 Like mechanical heads, you have a pair of options when considering a fixed-blade broadhead for hunting. Some have replaceable blades that slide into slots machined into the ferrule. Then, there are one-piece models. These types of fixed-blade heads are typically machined from a single piece of steel. The blades can’t be replaced, but they can be resharpened, and those that put a premium on durability and like to kill multiple critters with the same broadhead will cheer this design.

The major benefit of a fixed-blade broadhead is that it’s not mechanical; therefore, there is zero chance of blade failure. The blades are exposed during flight, and there is no energy loss when the blades start the cutting process. Most fixed-blade heads sport cutting diameters between 1 inch and 1 ½ inches. Being blades are exposed to the air, blades that are too big create added drift in the wind and usher in other accuracy issues. Most fixed-blade heads I’ve shot don’t fly exactly like a field point, and the chances are good that you’ll need to tune your bow to put these heads exactly where you want them.

Fixed-blade broadheads are also, especially when you go with top-end heads like NAP’s tried-and-true HellRazor. Many bowhunters, especially those that chase heavy-boned game like elk and moose, prefer a fixed-blade head. 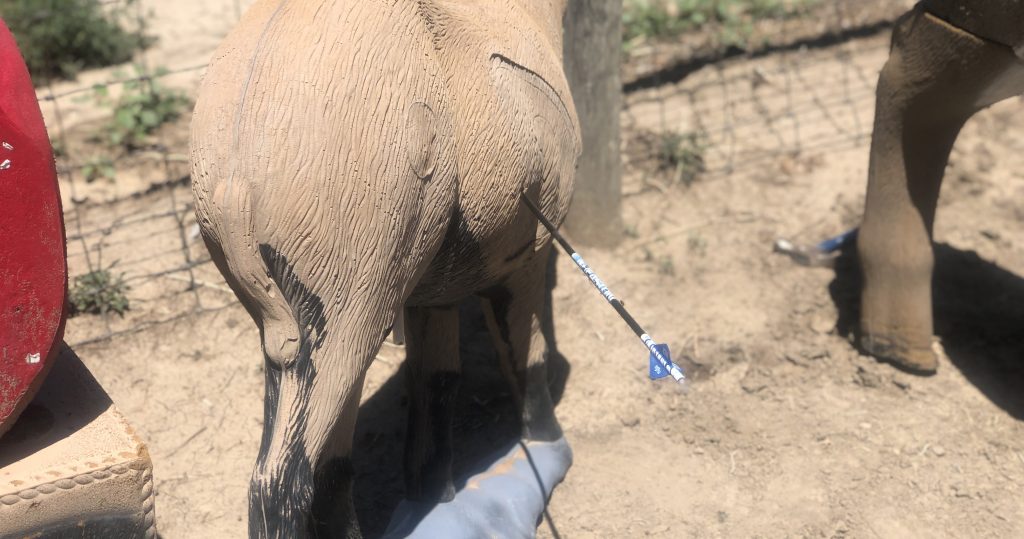 A Few Other Points

Now that your brain is thinking about broadheads, I want to point out a few other things for you to consider when making your broadhead choice. First, don’t believe for a second that fixed-blade heads won’t perform past 60 yards. I’ve tested many fixed-blade heads over the years and have experienced great accuracy out to 100 yards after a little bow tweaking.

It’s likely you’ve heard that mechanical heads are quieter in flight than a fixed-blade head, and I agree. Venting in fixed-blade heads can create a whistle effect, and because a fixed head has more surface area than an expandable, it makes a little more hum through the air. There are replaceable-blade fixed heads that feature non-vented blades, and most one-piece fixed models don’t showcase vented blades, which quiets them down some. 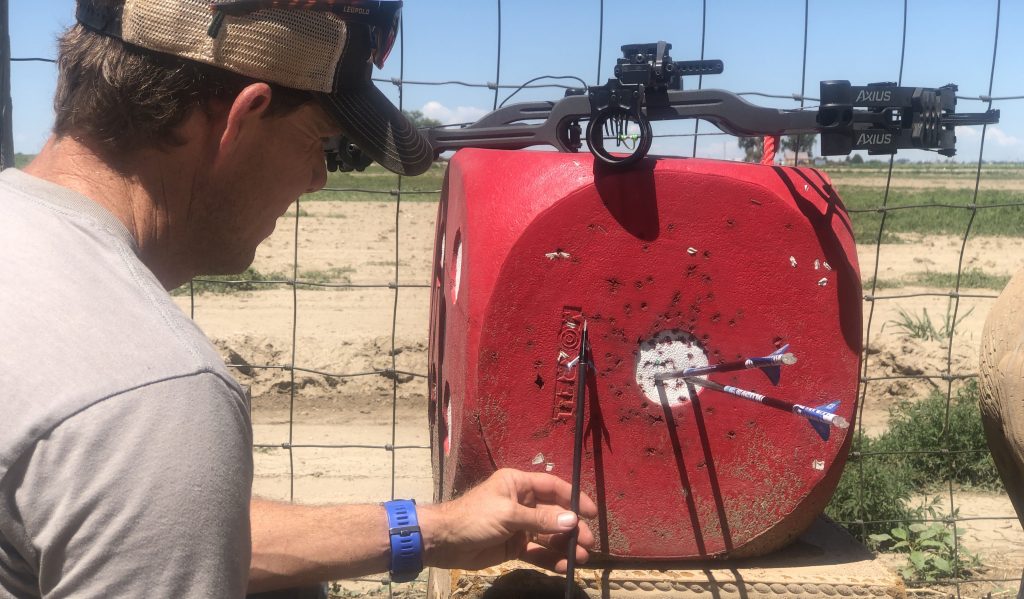 Don’t turn your nose up at hybrid heads, either. These broadheads sport a blended fixed and mechanical design. I’ve had incredible luck with NAP’s DK4 Hybrid. The benefit of a hybrid head is increased cutting diameter and a guaranteed cut. If the mechanical blades don’t perform, you have fixed blades that will. I will note that most hybrid heads aren’t as field-point accurate as a pure mechanical.

Lastly, I want to note that nothing is more critical than broadhead testing. Save some pennies and purchase a few different mechanical and fixed-blade broadheads and spend time on the range with them. Shoot them at distance and through plywood and the like. Have fun doing it. Find a head that fills you with confidence, and then take that head to the hunting woods. I have supreme confidence in quality mechanical heads. Unless the state I’m hunting prohibits their use and only a couple I know of that do, I shoot a mechanical head. I trust their design, and I know that if I do my job and put the head where it needs to be, it will get the job done quickly, even when hunting big-boned game. If it performs the way you want it to, that’s the head you need to stay with.