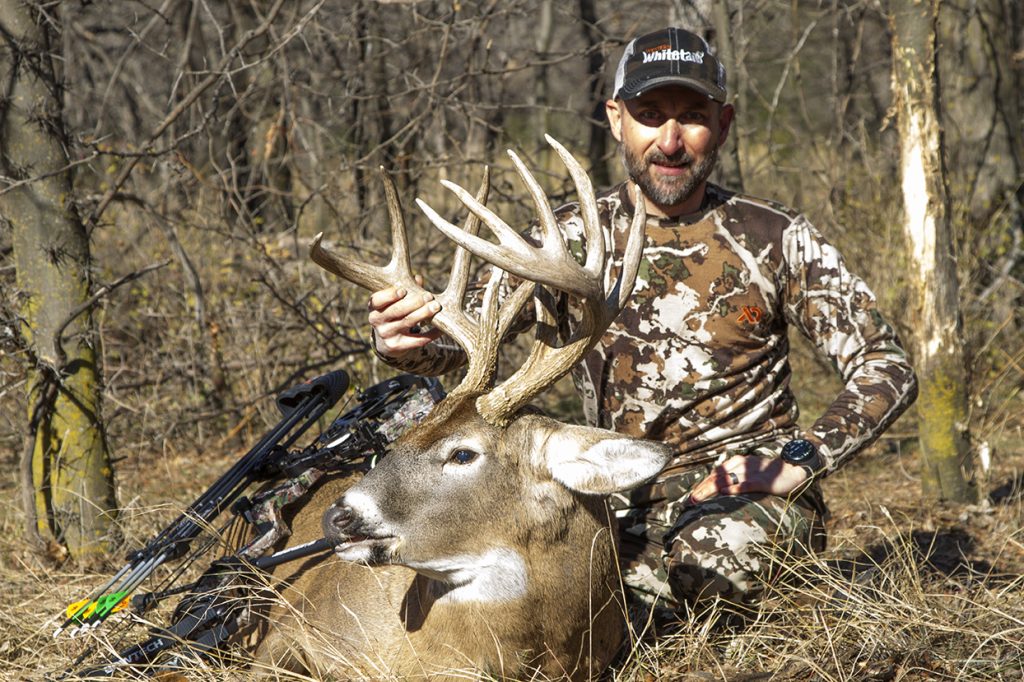 I was introduced to archery – bowhunting – during the round cam era. My first compound bow was a PSE Scamp; I cried when my father gave it to me. The aluminum Easton 1816 arrows probably didn’t hit 180 fps when flung from the 35-pound draw bow. Still, the metal – not wood – riser and laminated limbed bow were reasonably advanced for the period, especially for a youth model.

When I was in high school, I moved up to a York bow that I cannot remember the model of now. By then, I was shooting 50 pounds of draw weight and an Easton 1813 aluminum arrow. At that time, the most advanced technology was the overdraw, which this bow had. I bet I still wasn’t pushing an arrow downrange at 200 fps with this upgraded bow.

While I was serving a four-year overseas tour in the USAF, cam technology evolved drastically and continued for several decades. When I returned home from the service, I purchased my first egg-shaped cam bow shortly after. As a young adult, I progressed through several models. Most of the animals I have taken as a bowhunter can be attributed to a hard-cam bow.

It’s difficult to see how technology can be improved. The bow in your hand seems as advanced as it can get. Somehow, talented, archery-minded engineers make significant technology advancements every year. This year is no different. If you are looking to purchase a new bow or are simply interested in bow technology, here are a few of the most advanced technologies in the 2022 bow lineup that are sure to improve your shooting skills.

Albeit a few years ago, one recent advancement in cam technology is Bowtech’s Deadlock Technology. It’s a feature of many of their bows, including the new SR350. To tune the bow, instead of adjusting the bow’s arrow rest, the Deadlock Cam System allows the shooter to make left and right adjustments to each cam individually to account for horizontal nock movement. Once tuning is complete, the result is the perfect combination of string and rest alignment to maximize arrow flight and accuracy. The Deadlock adjustment can be locked to ensure the bow stays tuned all season. 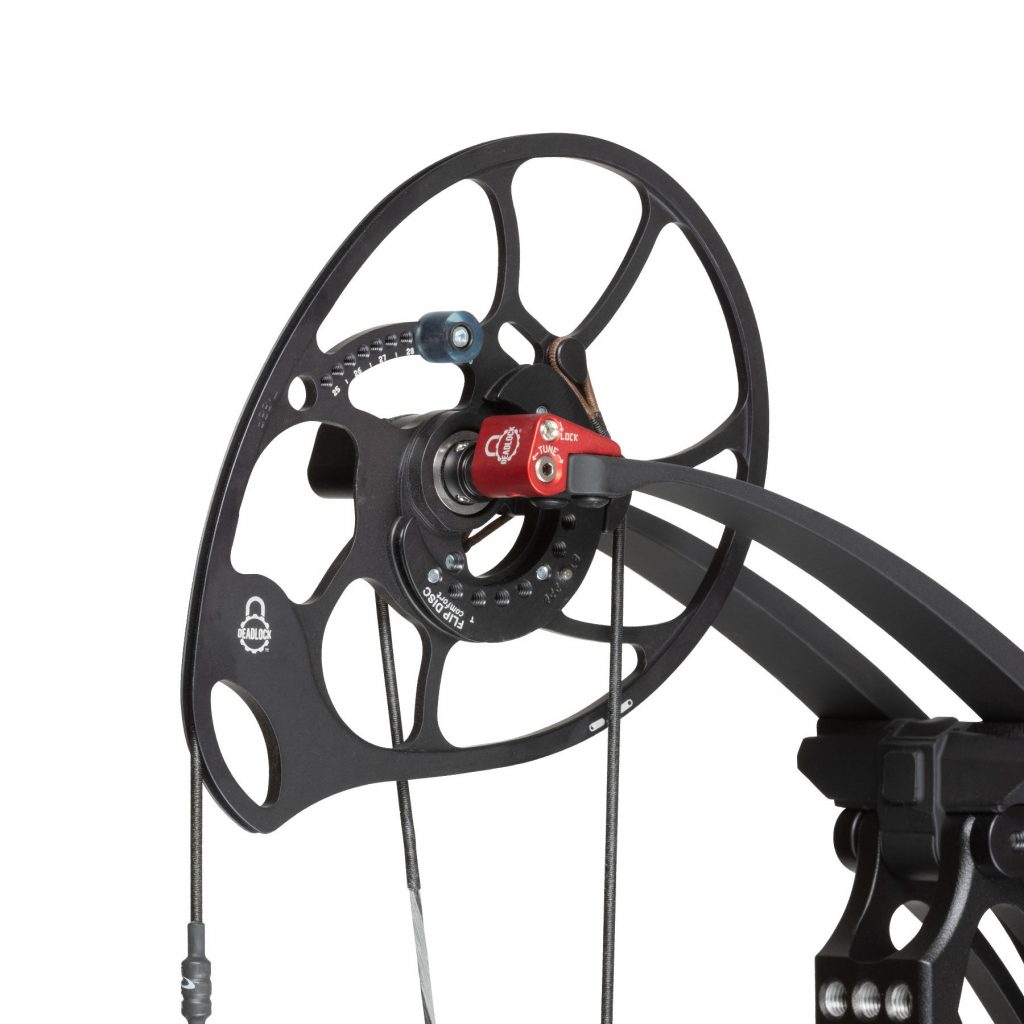 A cam technology introduced in 2022 is Prime Archery’s Inline technology. Prime’s Inline Cam – patent pending — balances the cable load during the draw cycle. When drawn, the heavy cable load track aligns to the center of the cam and the string track. The action creates optimal cam balance, and the result is downrange accuracy. Prime’s Inline bow models, 1, 3, and 5 include the Inline Cams, with each model bow designed to fit and match a bowhunting segment.

Imagine packing several miles into the wilderness to hunt elk or mule deer, and then something renders your bow unshootable. For example, the peep sight cracks and falls out, or your drop-away rest cord is accidentally cut while nocking an arrow. Well, Mathews has provided a feature on their cam to allow the bow to be pressed without a bow press or a bulkier mobile bow press. The new Mathews V3X includes the Stay Afield System (S.A.S.), marketed as “the ultimate emergency bow kit to keep you in the hunt.” 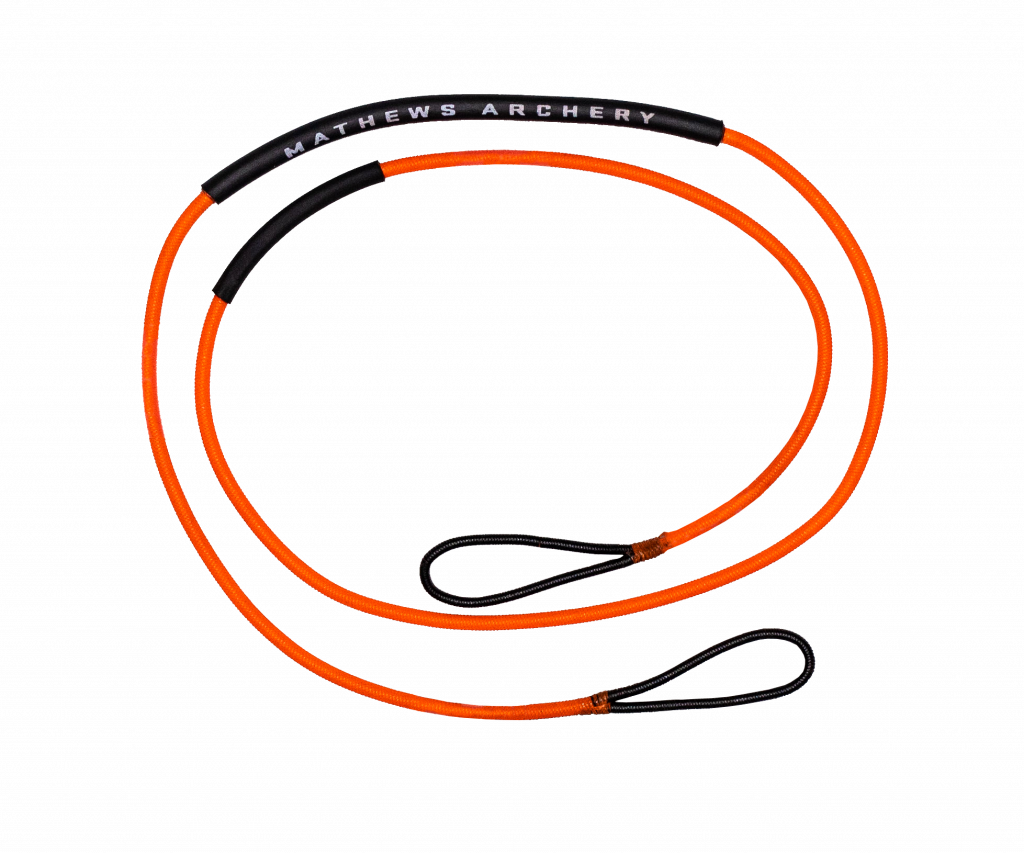 PSE Archery unveiled its proprietary Dead Frequency Carbon, featured on the Nock On Carbon Levitate. First, the carbon bow is super-lightweight, weighing only 3.6 pounds (bow only). Additionally, the Dead Frequency Carbon riser is designed to reduce vibration on the shot, resulting in a whisper-quiet shot without overwhelming recoil. As a bonus, the Nock On Carbon Levitate is stealthy, as the finish gives off less glare.

As seen on its newest flagship bow, the Carbon RX-7, Hoyt has included two simple riser features, improving accuracy. The riser has a stabilizer location that lowers the bow’s center of gravity. Hoyt includes the 2-inch Short Stop stabilizer on the Carbon RX-7, which has the same effect as a 6-inch stabilizer in a traditional mounting location. Additionally, Hoyt included a sidebar mount to optimize the lower center of gravity of the bow. The result: accuracy from a stable hold with less weight. 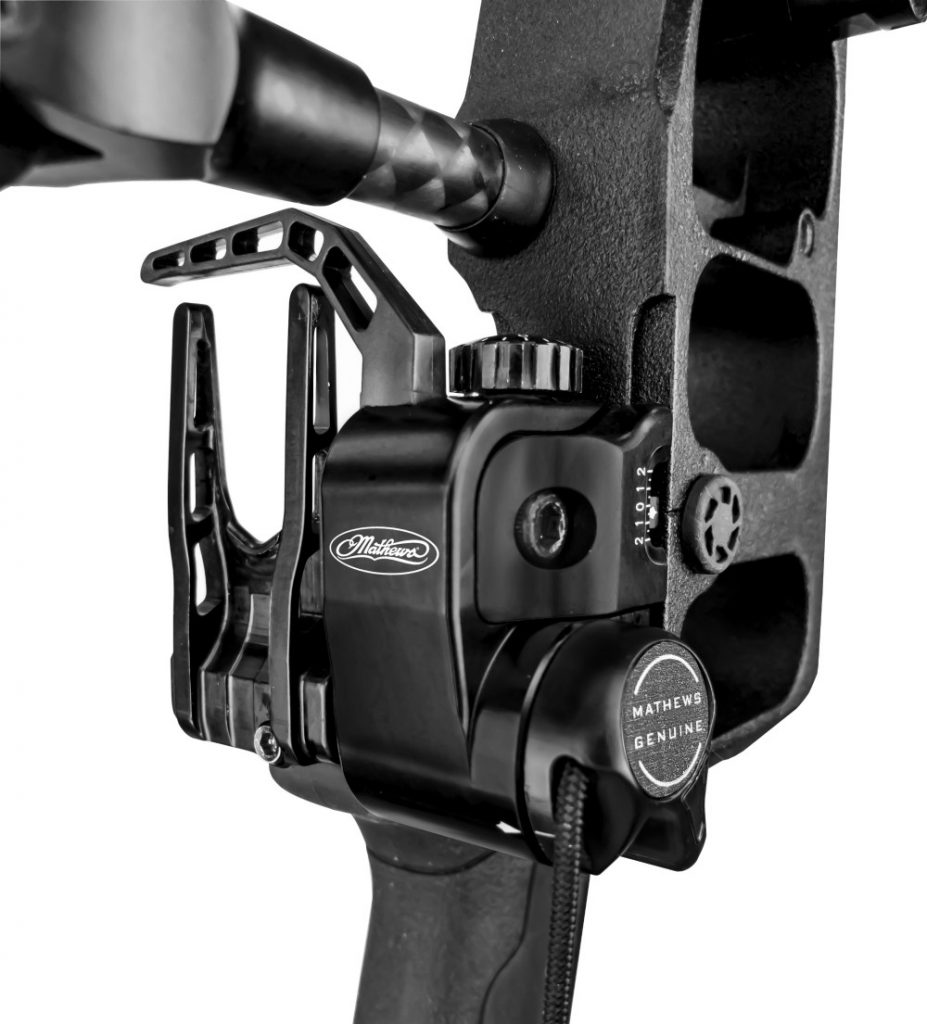 Hoyt’s Picatinny Rail Mounting System is similar in design, allowing bow sight models to mount easily on the Picatinny rail. This mounting system works in concert with Hoyt’s inline system that aligns all accessory mounting toward the center of the bow for improved center of gravity and reduces weight as there is less required mounting hardware. The Carbon RX-7 and other models feature this technology.

The majority of new technologies unveiled in 2022 are designed to make the bow perform better by making it balance better in the hand of the shooter through the shot. This added performance is a boon for bowhunters wanting to become more accurate and, therefore, more successful. While looking for your next bow, heed the following advice to ensure you purchase the best bow for you. Don’t purchase a bow because of one specific feature or because a friend bought the same bow. Visit your local pro shop or consumer store, and describe to the staff what you are looking for in a bow. They are sure to steer you in the right direction. Always shoot several bows before you make a decision. 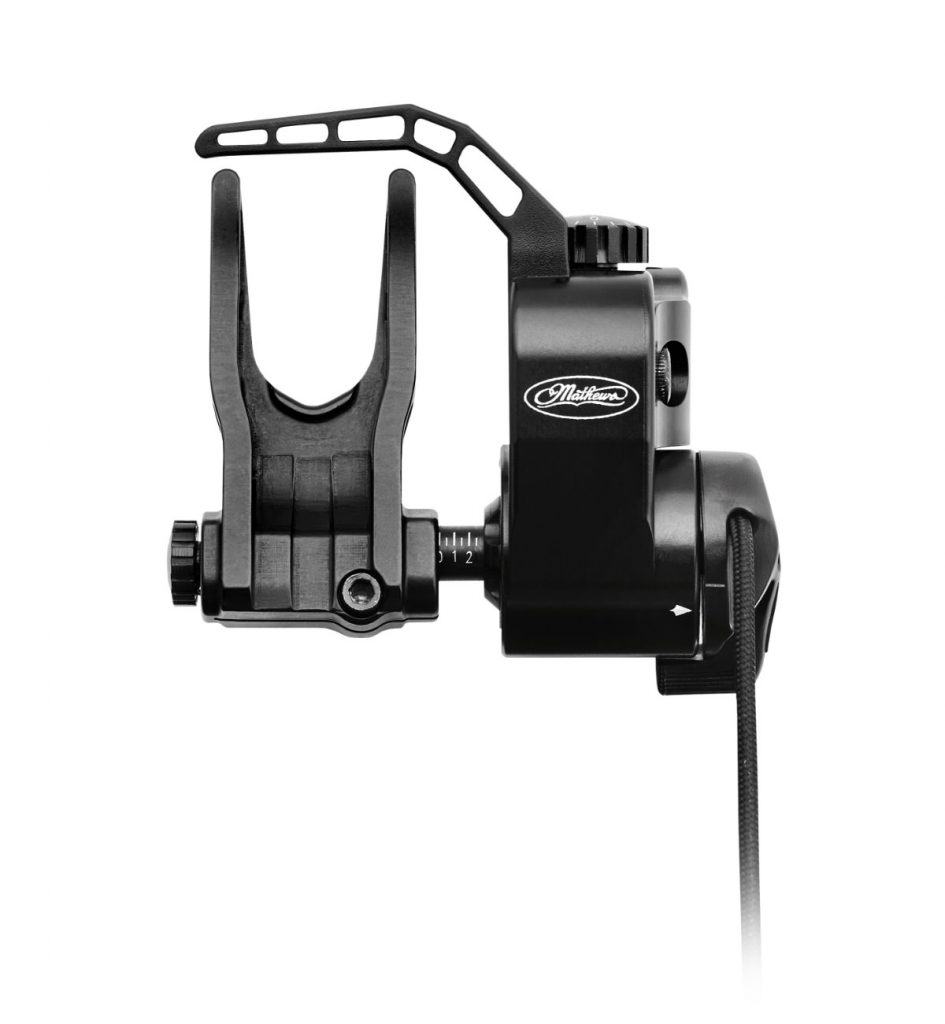 Whether your setup utilizes the Berger hole or Integrate mounting system, QAD covers you with their Ultratest drop-away lineup. The Ultrarest is available in both mounting types and several other configurations. The rest is customizable, allowing a prominent display of a bow company’s (several to choose from) logo. The top features of the Ultrarest lineup include the following. 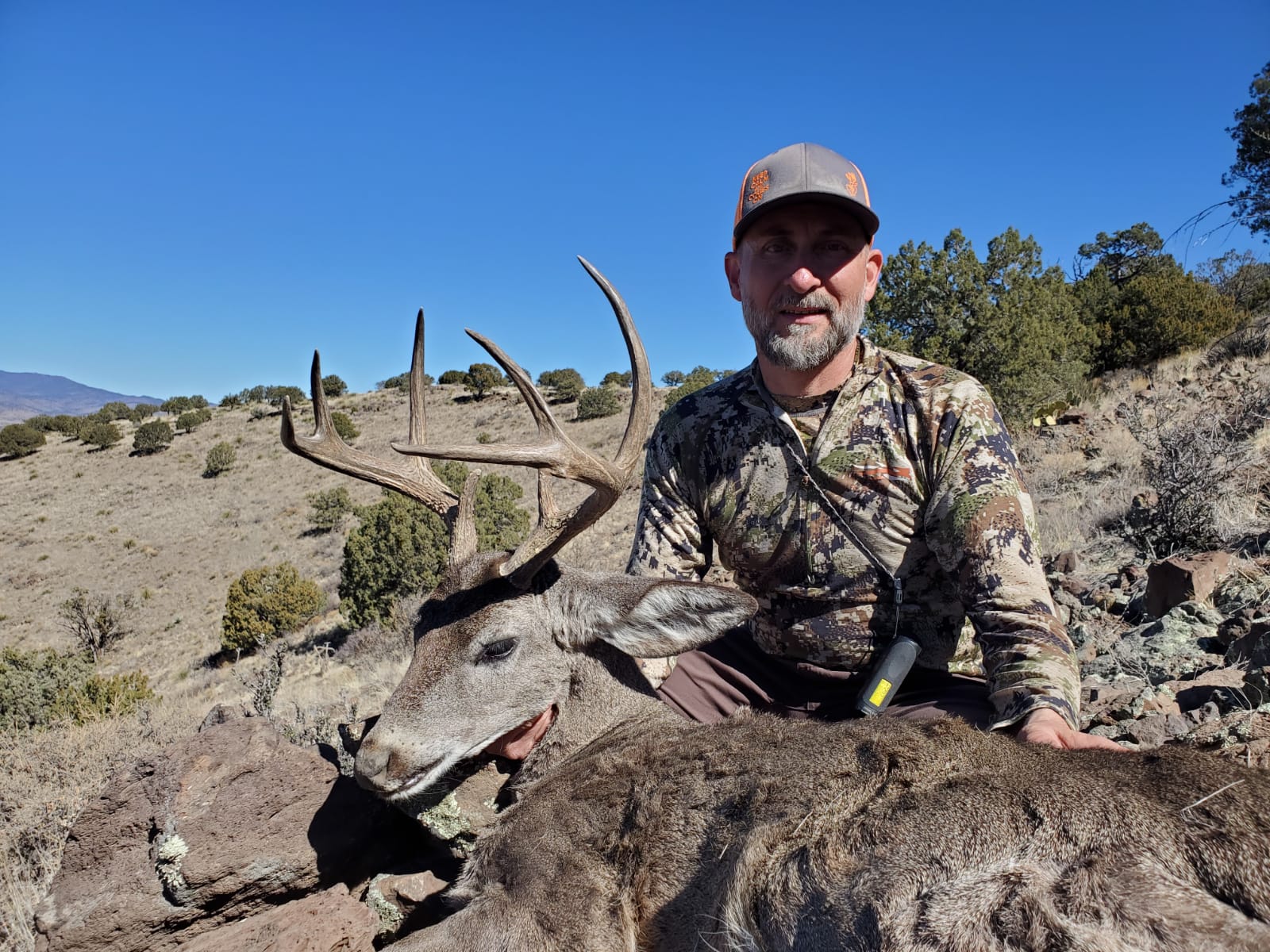 Darren Choate is an avid hunter, conservationist and outdoor professional. He has an undying passion for preserving the hunting heritage and promotes ethical hunting practices. He enjoys sharing his hunting adventures through his writing and photography.
All Posts