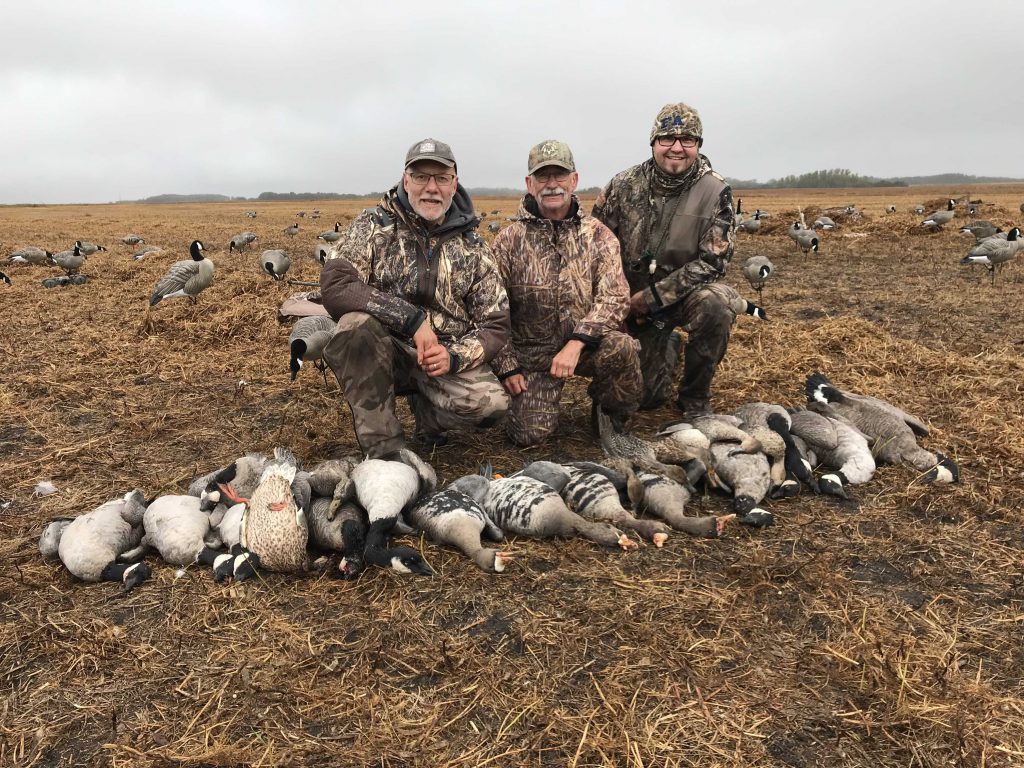 Welcome to the Addiction

September 1st rolled around, and I found myself moping about not having enough time to get out hunting. The date has always been significant, as it is opening day for waterfowl. Not being able to get out, I felt even more angst when friends started posting pictures of successful hunts on social media. Seeing the birds and decoys made my mind race with anticipation to get into the field or onto a marsh. It wasn’t many years ago that those hunters weren’t on Facebook and other platforms, but today it is more unusual for a hunter not to be surfing a phone to see what everyone else is doing.

Alberta is blessed with a wide variety of waterfowl hunting opportunities. With diverse habitats from boreal forest, to parkland and prairie regions, it is hard to rival our province for opportunity, numbers, and quality of hunting throughout the fall migration. The migration adds and subtracts birds from our hunting equation, creating peaks and valleys, but it is the high points that keep me heading back into the field. Keeping the length of our season in mind, I tried not to let my slow start in the field bother me. 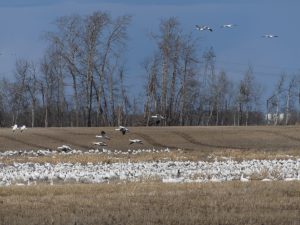 We were two weeks into the season before I got out. My slow start wasn’t a bad strategy, as a person only has so many days a year they can get away to hunt. With the extremely wet conditions, most agricultural fields were still in standing grain, making for tough conditions to find a field and obtain access. We shot a pea field and brought home a beautiful mixed bag of big honkers, small arctic-raised Canada geese, specklebellies, mallards, and pintails. I was out again the next evening, and we harvested 15 big honkers.

Locally raised birds and arctic migrants provide a steady stream of waterfowl traversing Alberta from late summer till late fall. Geese, dabbling ducks and diving ducks are plentiful no matter where you live or where you like to hunt. Specks and snows start arriving in early September, or even late August. Waves of canvasbacks stage on historic wetlands along their migration route. Sometimes it is difficult to decide what is the priority.

The farming communities in northern Alberta attract hoards of arctic nesting geese early in the season. The grain fields offer the first high protein feeds available to the birds that have had a steady diet of sedge grasses throughout the summer. Field shoots can provide the awesome spectacle of having thousands of birds floating into the decoys without hesitation.

It wasn’t many decades ago that geese were considered to be a rare treat for waterfowlers to find or harvest. If a hunter was fortunate to harvest a handful of geese each fall it brought with it bragging rights. In the early 1970s Canada goose populations were still expanding throughout the province. I heard a story from a friend about two hunters that rushed back into Edmonton to purchase a new pair of chest waders at W.W. Arcade, as they had been hunting near Beaverhill Lake and had shot two large Canada geese. They had no way of retrieving the birds and hoped to return with waders and retrieve the prized birds, which they did.

Times have changed. Canada goose populations have expanded drastically throughout Alberta.  Changing agricultural practices, development of secure nesting sites, and transplants of goslings have allowed the Canada goose to thrive and expand right across Alberta. Populations have grown over 600 percent in less than three decades to offer waterfowl hunters some of the best goose hunting in North America. 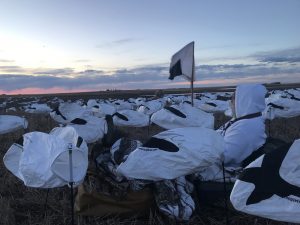 Southern Alberta has always supported populations of the large-bodied geese that excite hunters. Traveling sportsmen pay top dollar to visit Alberta for the chance to harvest one of the big birds that can tip the scales at over 15 pounds. The birds of the grassland region are one of the largest of over 20 sub-species of Canada goose in North America. The big southern birds were the ones used for transplants conducted in the 1980s. The result is healthy populations of greater Canada geese throughout the agricultural regions of our province.

Arctic goose populations have exploded creating liberal limits and seasons that offer the goose hunter more opportunity than ever before. Whether you are hunting the farmland in the north or central regions, or the reservoirs in the south, there is no better time to be a goose hunter. If you have experienced a good snow goose hunt, where thousands of birds descend in your decoys over several hours, all I can say is welcome to the addiction. Snow geese are scorned by many waterfowlers, but the bird is underrated in many ways, especially on the table. 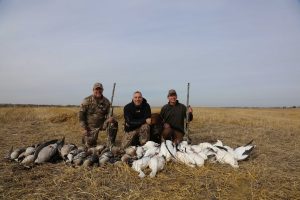 Alberta has developed a reputation as a goose hunters Mecca, but it has long been recognized for its duck production and hunting opportunity. Who can resist the sound of air rushing over cupped wings and the colourful array of plumage associated with our dabbling ducks? Mallards and pintails and been the historic favourites amongst Alberta duck hunters. Whether you grew up jumping potholes or can’t resist a well-executed field shoot, Alberta has a long-standing reputation amongst duck hunters.

Any avid bird hunter has heard stories about the flooded timber hunts in Arkansas or the big water hunts in Louisiana. However, the hunters from those well-known duck producing states still travel to Alberta to take advantage of the awesome hunting that we have in our backyard.

Our early teal hunts are second to none. The gadwall and widgeon populations offer steady gunning on almost any cattail marsh. The sheer numbers of birds offer hunters the rich diversity that other regions could only dream about, leaving us defined as spoiled.

Alberta waterfowl hunters have it so good that they are often fussy about what they take home. It is hard to beat a grain-fed mallard, but for those that enjoy a challenge, our diving ducks are almost impossible to beat. The big lakes, reservoirs, and wetlands throughout the province support strong populations of canvasbacks, redheads, goldeneye, scaup and a host of other diving species. Hunting water has a strong tradition and mystique that is often hard to explain. The whistling wings, fast-paced action and the sheer number of birds can be mesmerizing. Hunting divers is one of the best-kept secrets in our province. 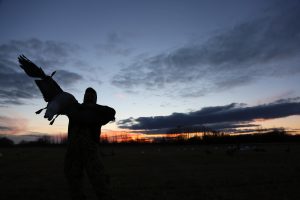 It is nice to hit the big migration as it is occurring, but there are usually enough birds around to provide some action. Those arctic cold front and strong winds from the north can blow in a multitude of new birds and opportunity without notice. Vivid pictures of grain fields swarmed by thousands of ducks and geese are something that stays with a hunter forever.

Whether you hunt early or love the late-season, waterfowl hunting opportunities in Alberta have never been better. You can’t beat the excitement of seeing the big drake mallards dressed up in full plumage like guests at a dinner party. The Canada geese are sleek and grey with a contrasting white cheek patch on their black heads that stands out like a billboard sign.  Bull canvasbacks look like they are wearing white tuxedos with a chestnut top hat as their fat-laden bodies bob up and down on the waves in the big marshes. If you are not a waterfowl hunter, you are missing out on some of the best experiences in life.

We are lucky as Albertans to be able to access private lands with little difficulty. There is such a wide variety of birds and hunting opportunities that it is difficult to pick a favourite. We have it all, and the smart waterfowl hunter takes advantage of the awesome hunting throughout the season. Missing opening week of waterfowl season this year, I hope to find some late-season mallards and honkers in November or December to finish off the year. And, to top things off, we now enjoy a generous spring season for snow geese, meaning over seven months of the year we can obsess over waterfowl and hunting.