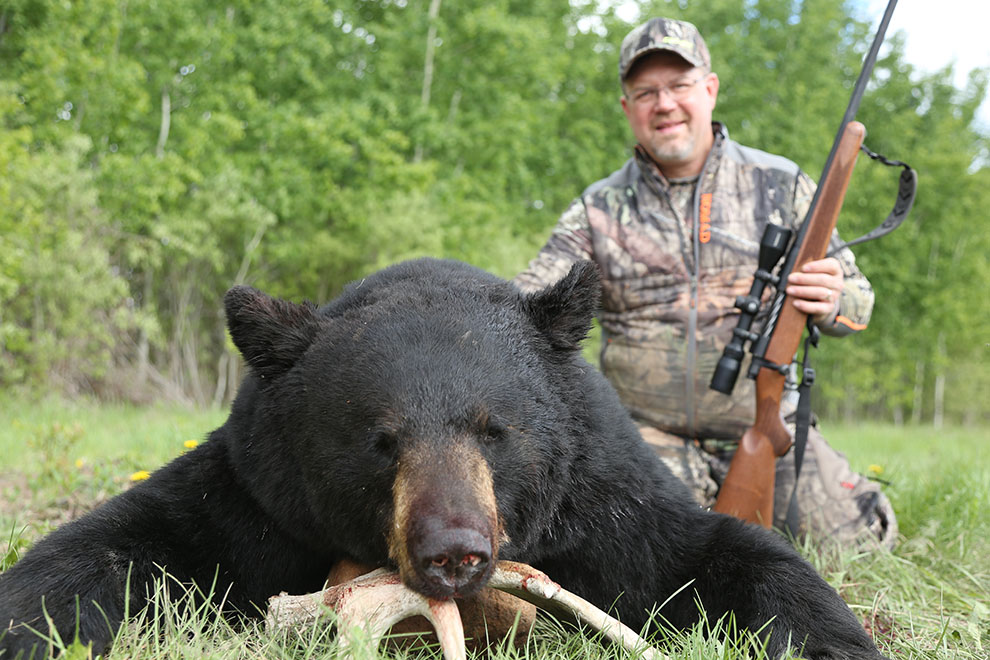 I had been sitting vigil for five days and still hadn’t seen a bear that caught my attention. The peaceful sits are enjoyable, with the chance to watch bears interact. They are intelligent creatures that can be comical and aggressive. Hunting spring black bear is a game of patience, and I know from experience that the big ones are earned and don’t just show up.

With several hours left in the day, I caught sight of a black bear through the thick scrub. I used my binoculars to hone in on the reluctant bruin and could tell by the small glimpses that it was a big mature boar. I could feel my heart rate quicken, but before I got a clear look at the bear, he turned and headed off. I sat quietly for two hours before the same bear silently appeared on the edge of the trees. He was still highly cautious, but the long shadows were enough to coax him out of cover. 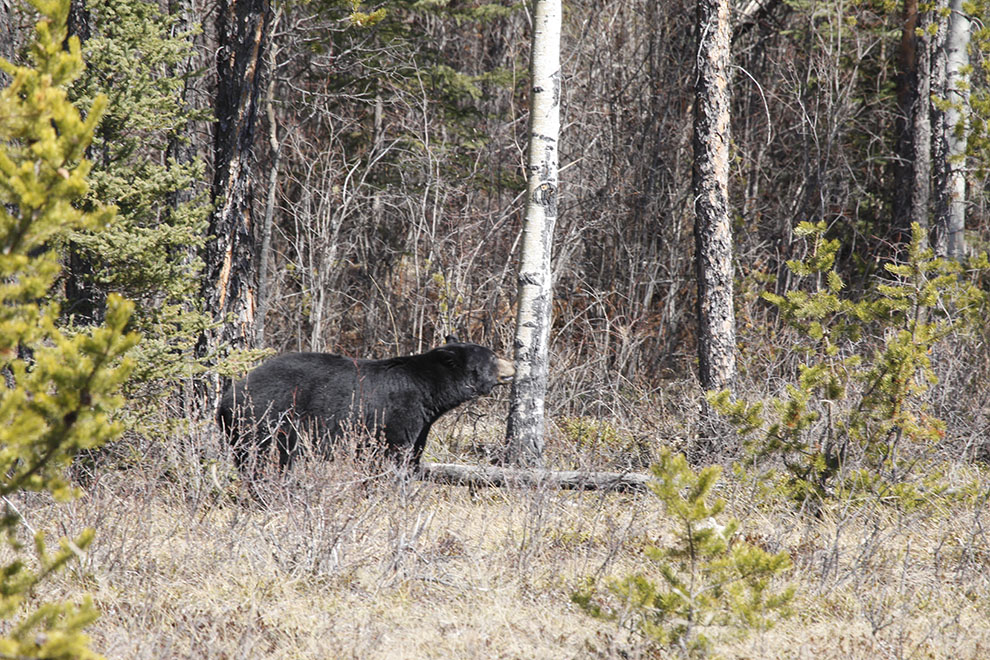 A sagging belly, massive head, and bowed legs let me know this was the bear I had been waiting to see. I quietly got my rifle ready, and when the bear finally turned broadside and came to a stop, I squeezed the trigger. The big bruin catapulted backward, doing a complete backflip before hitting the ground. I worked the bolt of my rifle and put a second bullet into the black ball of fur somersaulting towards cover. My motto has always been, ‘shoot the wiggle out of them.’

The big boar was a great start to my spring hunting adventures. Using the correct bullet is a vital consideration for bears, and different circumstances require the best bullet for a quick kill. The stand I used on the hunt was about 100 yards from where the bear came to feed. A .300 Win Mag was perfect for the occasion, as there was enough distance for the bullet to perform correctly. 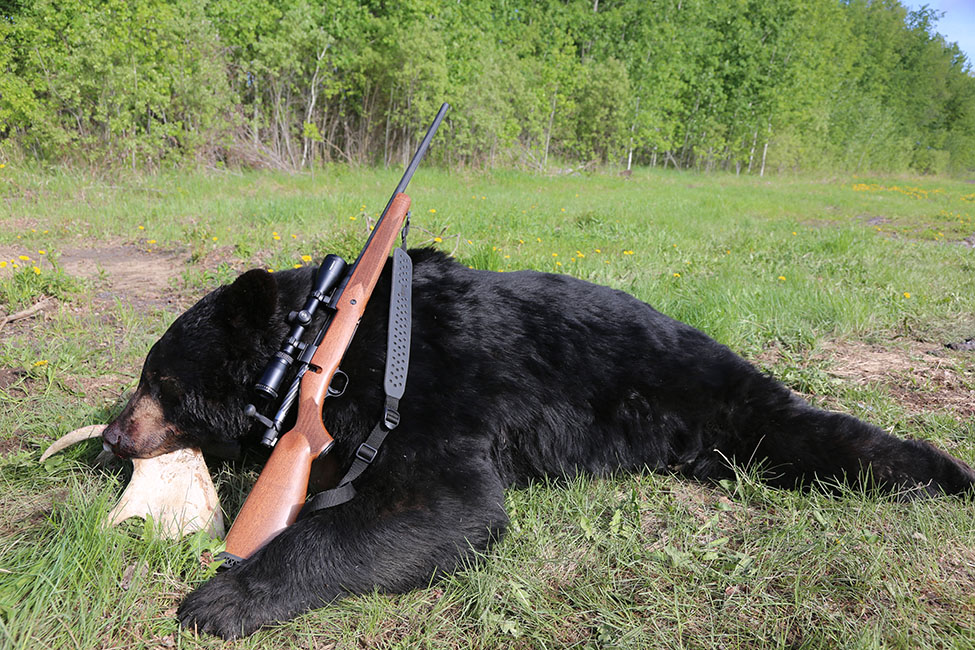 Nobody likes to track a wounded black bear. Thick forest, fading light, no visibility, and the thought of a creature equipped with claws and fangs are enough to make anyone nervous. The best way to end a bear hunt is to shoot and watch the animal go down.

Fiocchi Ammunition has a long history and started in 1876 in Lecco, Italy. There are two production facilities in the United States located in Ozark, Missouri, and Little Rock, Arkansas. Italian history is an important consideration, as wild hogs have always been a target for European sportsmen and women using the ammunition. Wild boars are just as tough to kill as black bears, and products with a proven track record are worth considering.

Fiocchi states, “Maximizing results from “here” to “way out there” is what Fiocchi’s Hyperformance Hunt line is all about. Our selection of high coefficient, flat-trajectory bullets carefully engineered for controlled expansion and maximum weight retention across a broad range of velocities provides hunters the confidence of decisive terminal performance on any big game animal.”

The American-made ammunition is garnering a solid following from hunters with positive experiences in the field. There are many options for caliber, from .243 to .300 Win Mag, and all bullets will perform well on hogs, making them perfect for bears. Fiocchi includes images of the game on the packaging where the ammunition is best suited, and hog and elk appear on every option.

I had another bear hunt planned in Alberta, where conditions were nasty, with raging fires consuming large tracts of forest in the north. The rain came hard and fast and soaked the forest region, making it almost impassable. The access roads that had produced nothing but choking dust clouds for weeks were now flowing waterways.

I spent the first night in my stand trying to ignore the driving rain and the moisture that had found its way down my neck. I did have three different bears come in, but after four hours of intense water torture, I called for a ride and headed back to camp in the dark.

The next day produced some early showers, but the clouds parted enough for periods of warm sun to poke through by afternoon. It was a welcome sight and feeling. I was back in my stand late in the afternoon, and it didn’t take long for the activity to start. I had hung a wick with Wildlife Research Center Ultimate Bear Lure, and the bruins loved it. 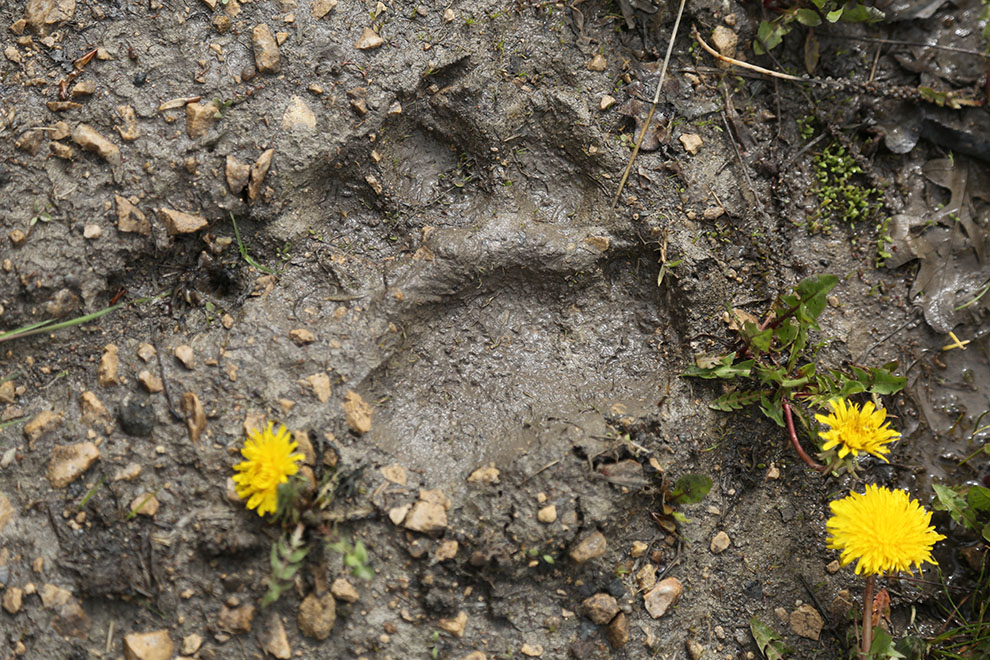 I saw the same three bears I’d encountered the night before, and a bigger bear caught my attention. The bears sniffed and checked out the lure that acted like catnip to a feline. I needed a better look at the new boar to confirm his size. He was extremely nervous and wandered around anxiously for about 10 minutes before sauntering away through a dense grove of ferns. To my surprise, an even more giant black bear emerged from the dense cover, causing me to freeze in my seat. I dare not move as the old bruin scanned the area and listened for anything alarming.

The bear eventually walked into the open. Instead of settling in for a visit, the bear made a quick pass and exited through the same ferns the previous bear had used. I was still trying to catch my breath from the excitement but knew I had to get my rifle into position with the hope the bear returned. I used a shooting stick in my boot to brace the forearm of the rifle and checked my scope to ensure it was on low power for greater visibility.

As if on cue, the bear reappeared in the ferns and sauntered back onto the same path he had used to come up the hill. I locked my crosshair on its hulking frame and steadied the reticle behind the front shoulder as it stepped into the open. The bear didn’t stop, but I was confident I could make the shot. The bear began to roll towards a ravine at the rifle’s report, and I chambered another round and anchored it in mid-tumble. To say I was excited was an understatement. To take two big bears in one season was unusual. 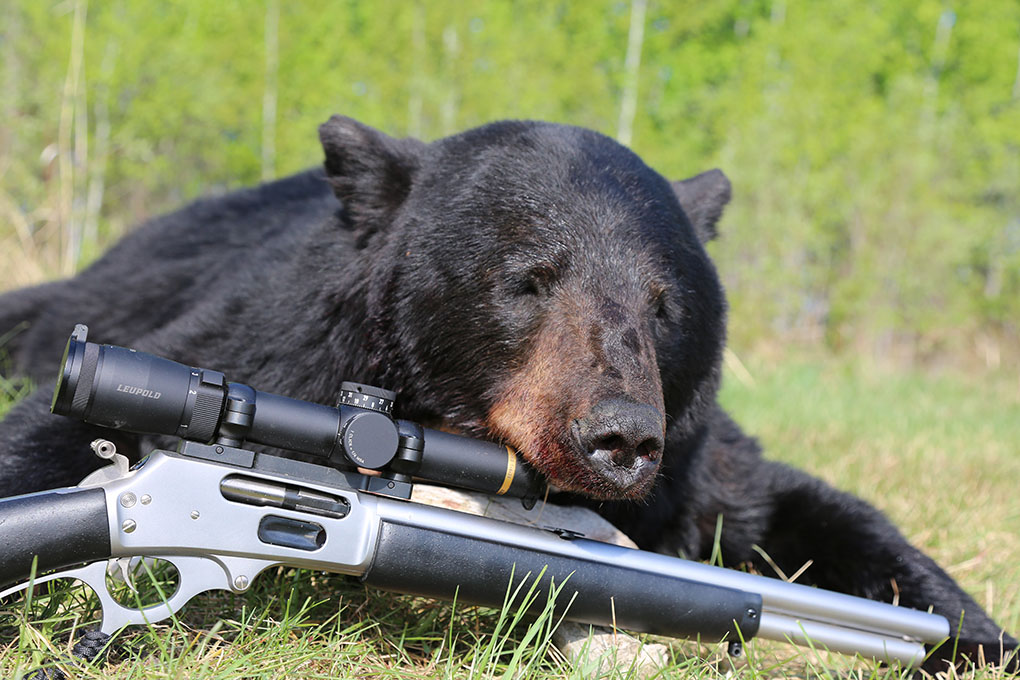 Spring black bears can produce shots from up close and personal to long-range. A bullet that will perform at any range is imperative to success and quick retrieval. When it comes to big black bears, there is seldom a second chance, so go prepared and use ammunition that will ensure there is no tracking, just recovery. 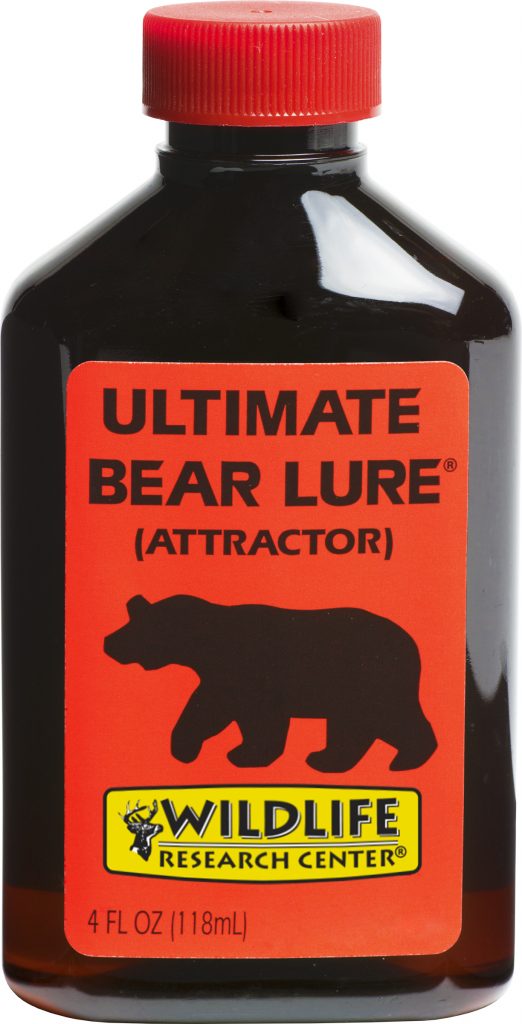 Wildlife Research Center Ultimate Bear Lure is a great way to attract bears. When set up strategically, it can produce the perfect shot opportunity. It is made with a powerful, extremely intense, pungent, sweet-smelling attractant with hints of fruit, anise, and other aromatics that force you to keep sniffing the bottle. Besides hunters, bears cannot resist it and often come straight in when deployed on a wick. Use with a Pro-Wick High-Intensity Scent Dispenser designed to hang in a tree. It will disperse scent and draw bears from a wide area. The wicks come in a four-pack and resealable zip lock bag. Whenever hunting any animal with a sharp nose, always use Scent Killer Gold products to remain undetected. 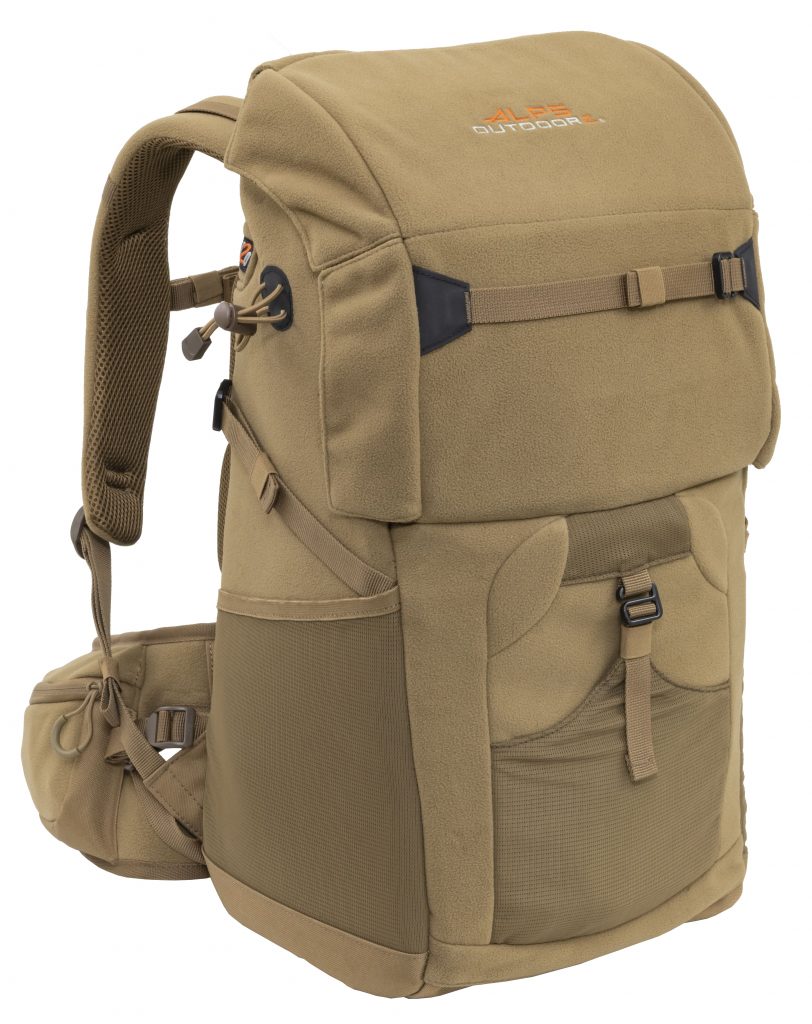 The ALPS Impulse pack is like having a cupboard with you in the tree or blind, and with a square bottom, it can stand on its own. Soft fleece material and silent opening and closing make it an excellent option for day trips and dampen sound. The Impulse comes with a two-piece adjustable and detachable waist belt. Other features of the Impulse include: 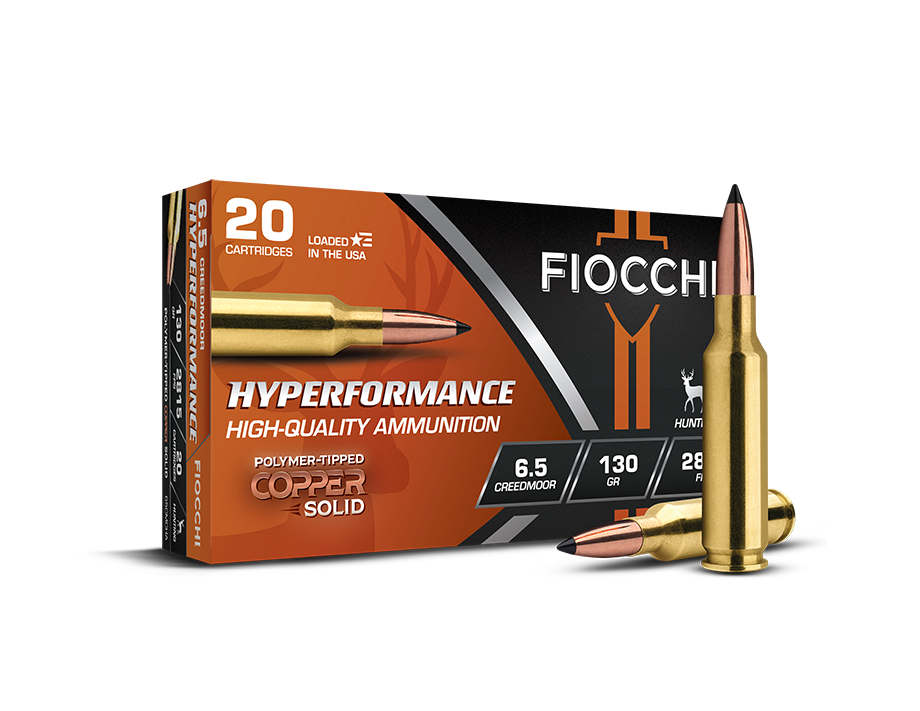 Fiocchi Hyperformance Hunt provides accuracy and performance on large animals and would compare to any premium line on the market. The accuracy and bullet consistency provides hunters the assurance of terminal performance on any big game animal. Cartridge options in the Hyperformance Hunt offer high coefficient, flat-trajectory bullets. The bullets are a critical component engineered for controlled expansion and maximum weight retention across a broad range of velocities. In short, Fiocchi provides bullets that will perform up close or on long-range targets. Available in most popular calibers.