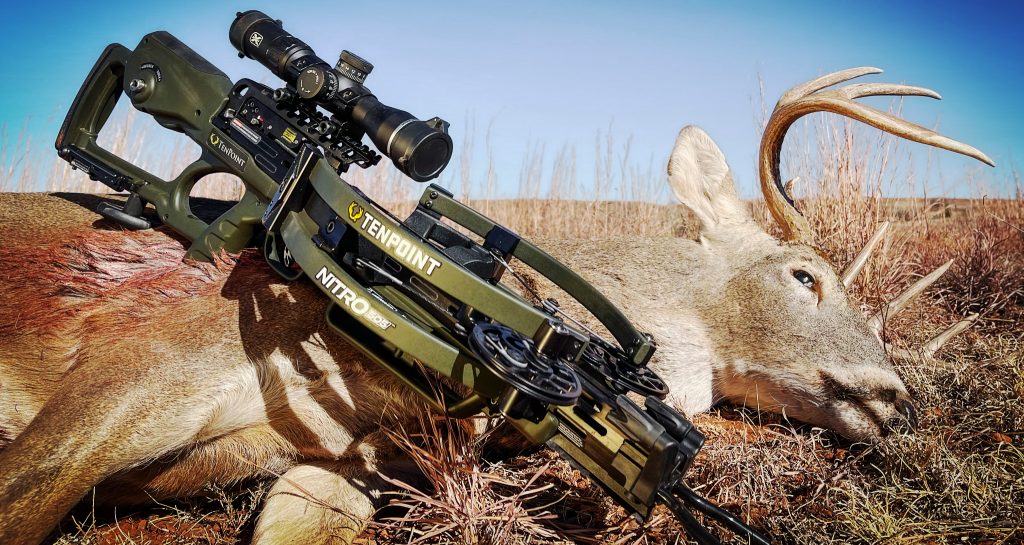 Are you ready for your next-level crossbow experience?

TenPoint Crossbow Technologies launched the industry’s fastest reverse draw and most powerful crossbow to hit the market, the Nitro 505. The balanced, easy-to-handle reverse-draw crossbow sends arrows off the rail at speeds of 505 FPS with a 400-grain hunting arrow, and a mind-boggling 227 foot-pounds of kinetic energy. Safety remains paramount with the innovative ACUslide silent cocking and safe, easy, and intuitive de-cocking system. The Nitro 505 measures an ultra-compact 6.5 inches wide and 30.7 inches long, with a 17-inch power stroke. The crossbow weighs just 7.9 pounds (without accessories). 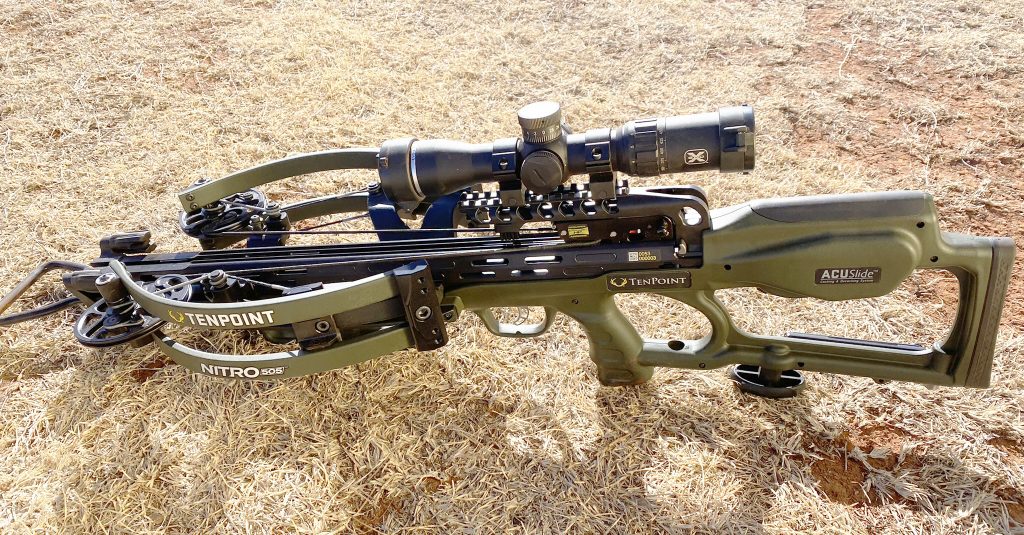 “The Nitro 505 is the fastest, most accurate, and most powerful crossbow ever manufactured,” said Rick Bednar, TenPoint CEO. “To exceed 500 feet-per-second and maintain the durability you’ve come to expect from TenPoint, our engineering team was denied no expense in the research, design and testing phase of this crossbow. All major components were designed to handle this level of power. The Nitro 505 is the most tested TenPoint crossbow ever – with over 25,000 shots put through the design.”

Everything about the Nitro 505 is bigger and better. TenPoint has proven the stability and benefits of its reverse-draw bow assembly, which is the design base of the Nitro 505. This bow assembly is powered by a new RX8-Cam system that rotates an incredible 404 degrees. The Olympic discus and shot-put throwers know the benefits of rotating more than 360 degrees, and now crossbow enthusiasts will see why more rotation means more energy and speed. The new cam system was designed with deeper cable grooves and improved cable spacing, allowing for an increased strand count on string and cables for added strength and durability to keep up with unprecedented speeds. Managed energy has always been vital to TenPoint, and a beefier string and cables were a natural advancement to move forward with new technologies, and quiet the bow. The strings and cables have four extra strands. 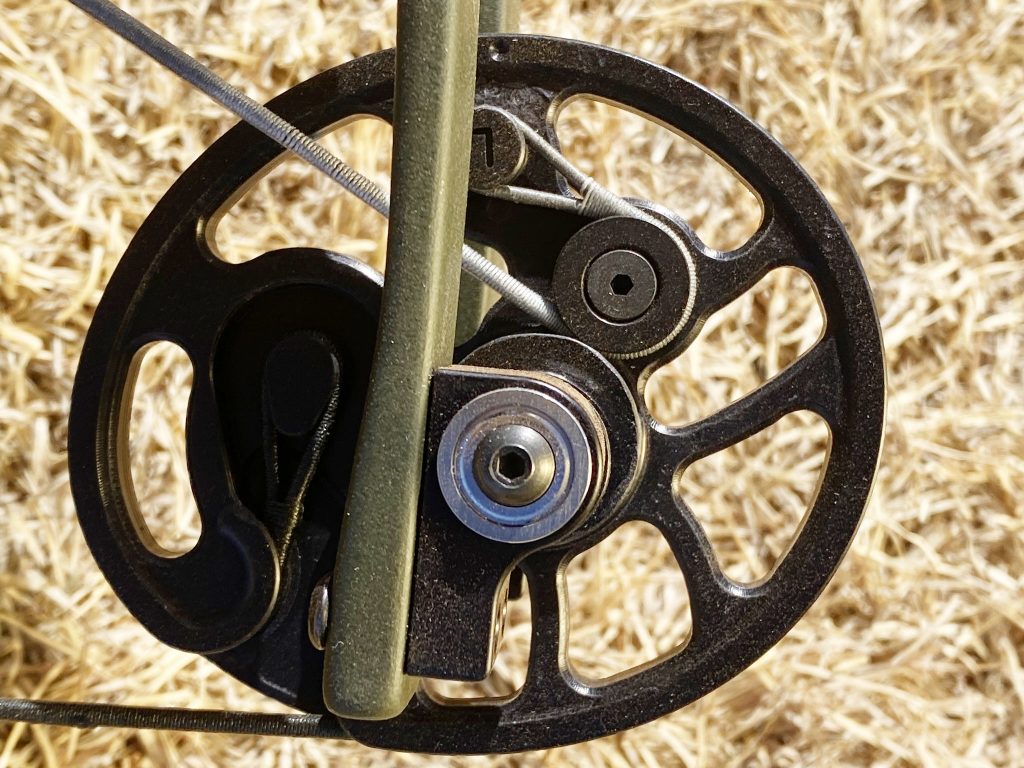 TenPoint has been utilizing its Vector-Quad cable technology for several years to stabilize the cams and limbs for consistent, repeatable performance. The system uses four cables instead of the traditional two, eliminating cam lean and generating straight-nock travel, leading to X-cutting accuracy down-range. Make sure to use different aiming points when shooting targets to prevent arrow damage on the range.

The Nitro 505 incorporates TenPoint’s ACUslide Auto-Brake Gear System, which allows for silent cocking and safe and controlled de-cocking of the crossbow. Crossbow technology has advanced so far that it is hard to imagine using a bow without de-cocking. With the extra energy of the Nitro 505, engineers developed a beefed-up brake pad designed for more robust braking power. Ultimately, the ACUslide is about control, safety, and ease of use. The system works to eliminate the potential of losing control while cocking or de-cocking the crossbow. Users stay safe, and so does an investment in a premium crossbow. While cocking or de-cocking with the ACUslide, the user can remove their hand from the handle, and the system stays in a controlled limbo until the crank handle is re-engaged. The crank handle will not spin out of control, and safety is always maintained.

The cocking system features a Dyneema cocking strap upgraded to handle over 2,000 pounds of force – an incredible two times stronger than the previous strap. Dyneema is up to 15 times stronger than steel. The 7 ½-inch XTEND Adjustable Crank Handle stores in the butt of the crossbow and only requires a cocking effort to five pounds.

More power, more speed. A reverse draw system enables the Nitro 505 to have the longest power stroke on the market, which means the fastest crossbow on the market.

The power stroke is a big deal, creating a smoother, quieter shot and keeping the arrow nock engaged with the string for an additional four inches compared to traditional crossbows. Balance is maintained with the center-mounted riser, eliminating the “front heavy” feel and making it easier to hold steady and increase accuracy.

The Nitro 505 utilizes the proven TenPoint 2-stage, S1 trigger, with a zero-creep design and an advanced roller-sear system that delivers a consistent crisp, 3.5-pound pull. The trigger is equipped with a DFI (Dry-Fire-Inhibitor) and is fitted with a nylon-filament arrow retention brush that improves arrow grip and alignment to reduce noise and vibration. An integrated string stop system is also included to reduce noise and vibration further. 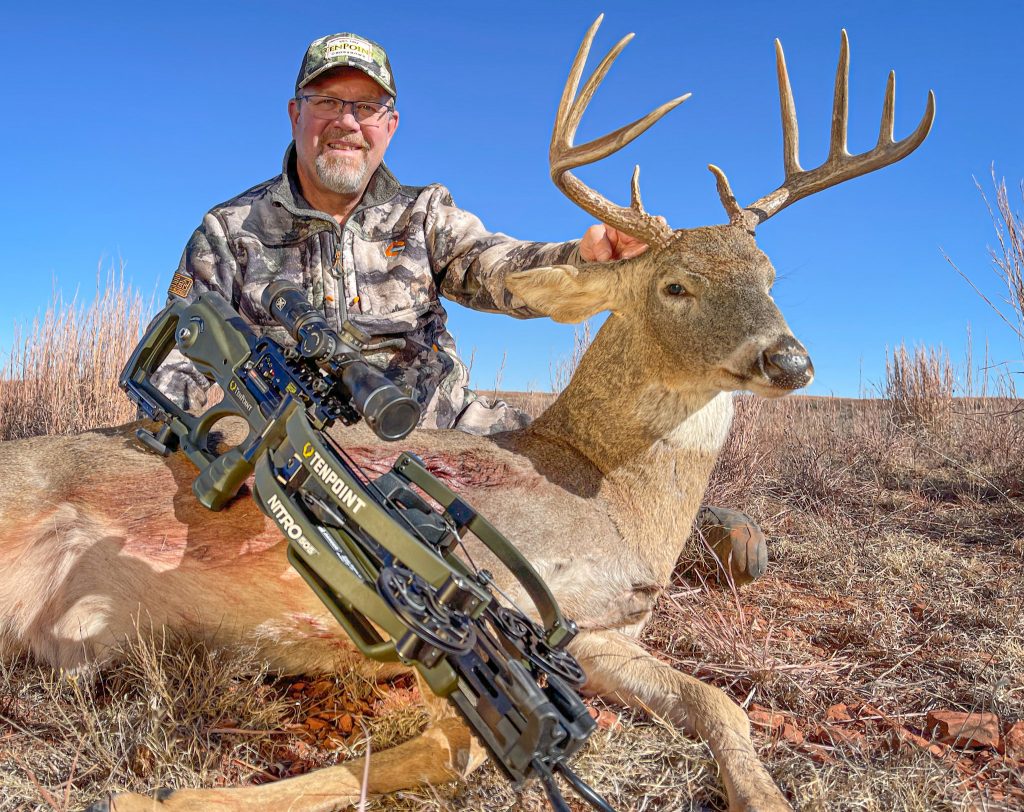 The Nitro 505 proved to be consistent and fast, producing three chronograph readings in a row, all duplicated at 509 FPS. It is faster than advertised.

The Nitro 505 is assembled on an ultra-light, two-piece TECH-X, ideal length-of-pull, and rail for mounting optics with proper eye-level alignment. The stock is available in Veil Alpine camo or a new Moss Green. 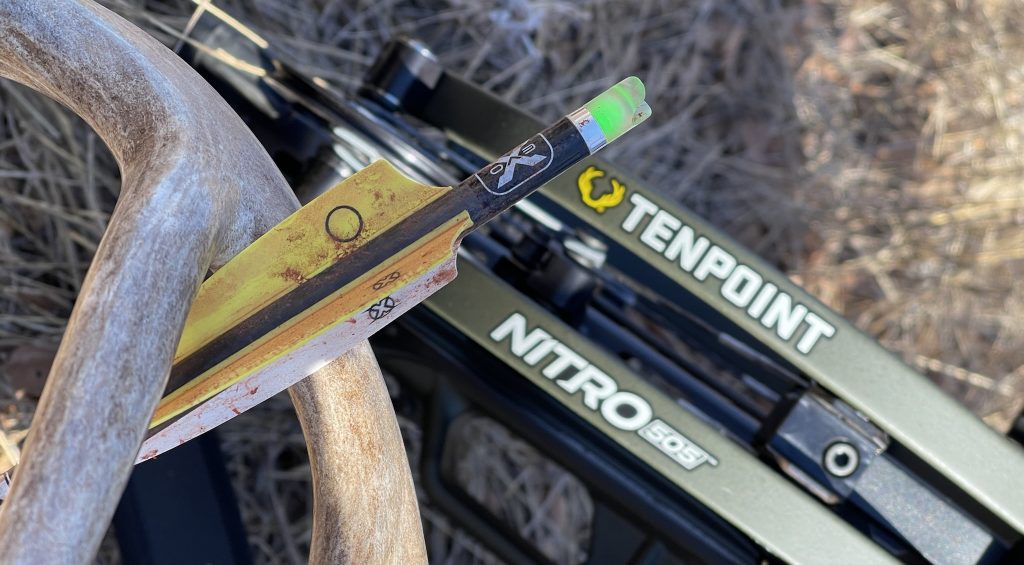 The Nitro 505 ships completely assembled in a Ready-To-Hunt package that includes:

Mechanical broadheads traveling over 500 FPS might make some hunters wince, but SEVR has engineered its heads with the blades folded into the ferrule and use acceleration, wind and travel speeds to push the blades closed. An “O” ring is added to ensure centrifugal force for fletch and spin do not have an opportunity to accidentally deploy the blades. The rear-deploying blades open on impact and lock in place, with no lost energy on a pivot. The blades provide an immediate slap-cut and steer their way around bone as they cut a trail of mass destruction. 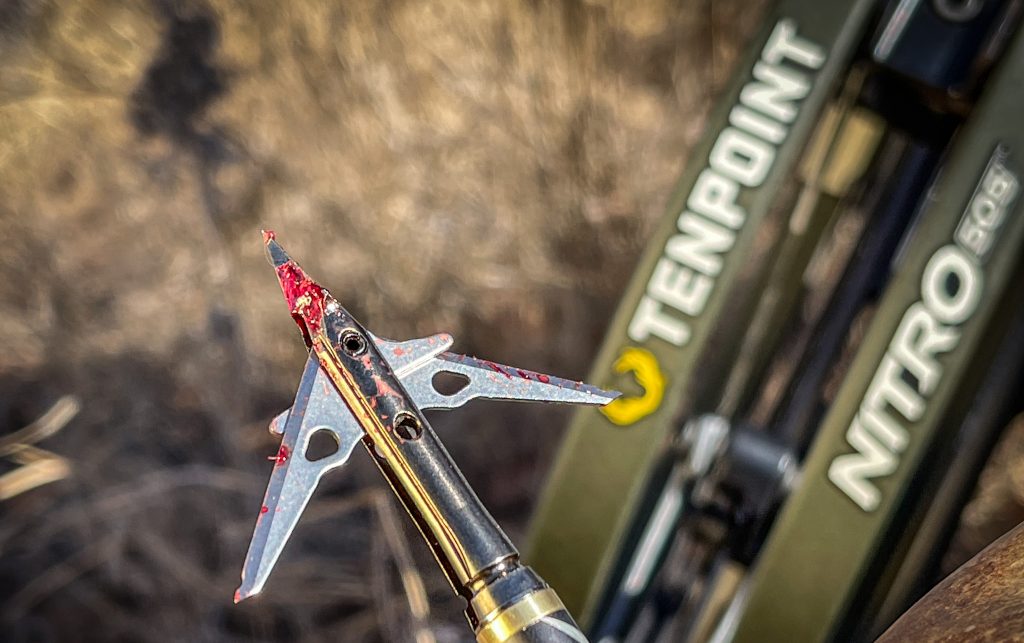 SEVR broadheads are available in 100-grain heads with a 1.5, 1.7. and 2.0 inch cutting diameter. The 1.5 and 2.0 have a titanium tip, and the 2.7 an all-purpose (AP). To use the speed for hunting advantage, try the Robusto 150 grain, titanium tip, which will help quiet the bow, and increase kinetic energy and penetration. Make sure you use a broadhead capable of working correctly with any speed.

Another huge advantage is that SEVR broadheads have field-point accuracy that can be tested by using a lock screw in the head you intend to hunt with – shoot it, remove the lock screw, and go hunt.